This bread pudding for two is made slightly healthier, has a simple bourbon sauce and has gluten-free, whole grain and dairy-free options!

With Mardi Gras culminating tomorrow on Fat Tuesday and Valentine’s Day on Sunday, I thought I’d share a New Orleans recipe for two! When I first started looking at bread pudding recipes, I was sort of appalled by the amount of butter, sugar and cream in there.

I figured that’d be okay for a serving or two but so many of the recipes yield 8-12 servings (and you know when they say 8-12 it’s really like 5-9 servings in reality). I was thinking bread pudding doesn’t reheat so well so here we are with bread pudding for just two. You could probably even get three servings out of this recipe if you want them a little smaller. They are pretty big! 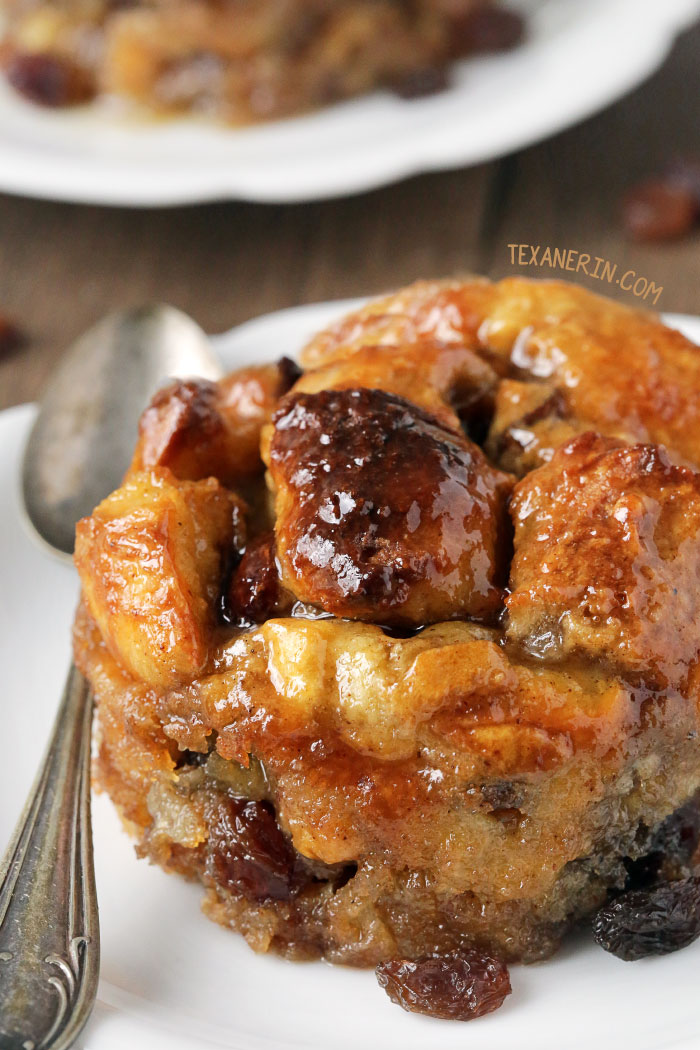 We had bread pudding every day we were in New Orleans. I wasn’t sure if I’d even like it before I tried it. I thought of it as old, soggy, baked bread, which didn’t sound all the appealing to me. But I was so wrong! This stuff is delicious.

This recipe is like my Bananas Foster French Toast recipe in that it’s easy to make whole wheat or gluten-free. Here’s a recipe for whole wheat brioche and one for gluten-free brioche. Challah and French bread work, too! 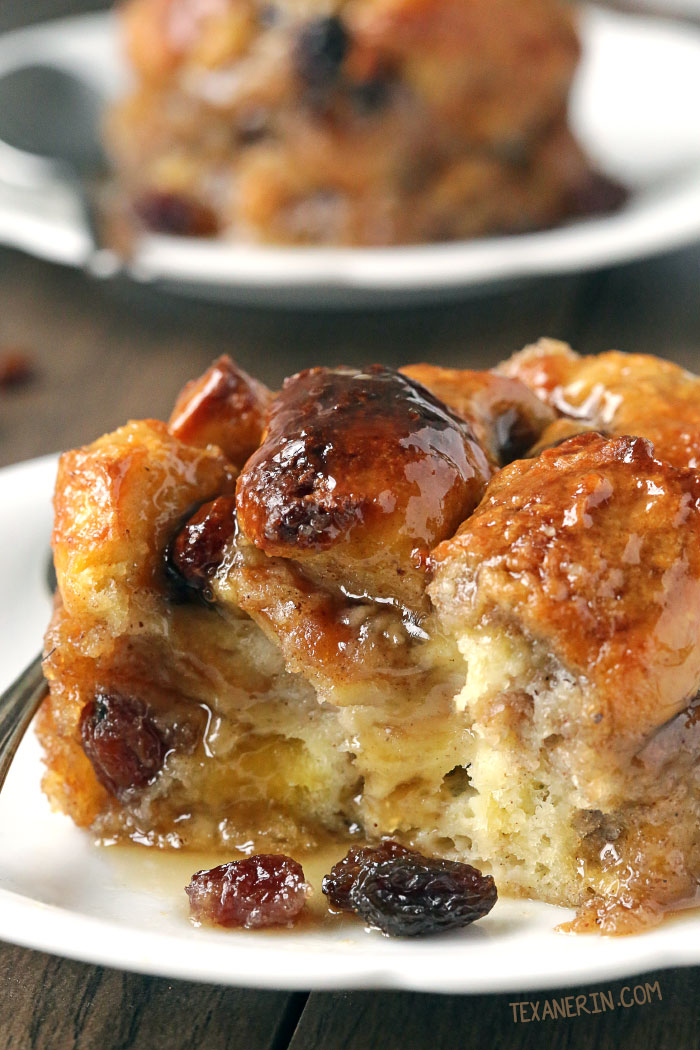 Unlike Bananas Foster, bread pudding didn’t originate in New Orleans, but 11th century England. I guess the cooks in New Orleans just needed a use for all that leftover French bread. And added bourbon because… why not? ;)

I used canned coconut milk instead of cream or regular milk, meaning this bread pudding is also dairy-free (here’s a nice dairy-free French bread). If you want to use something other than coconut milk, I have no idea how that’d work since coconut milk has quite a bit more fat than dairy milk, almond milk, etc. 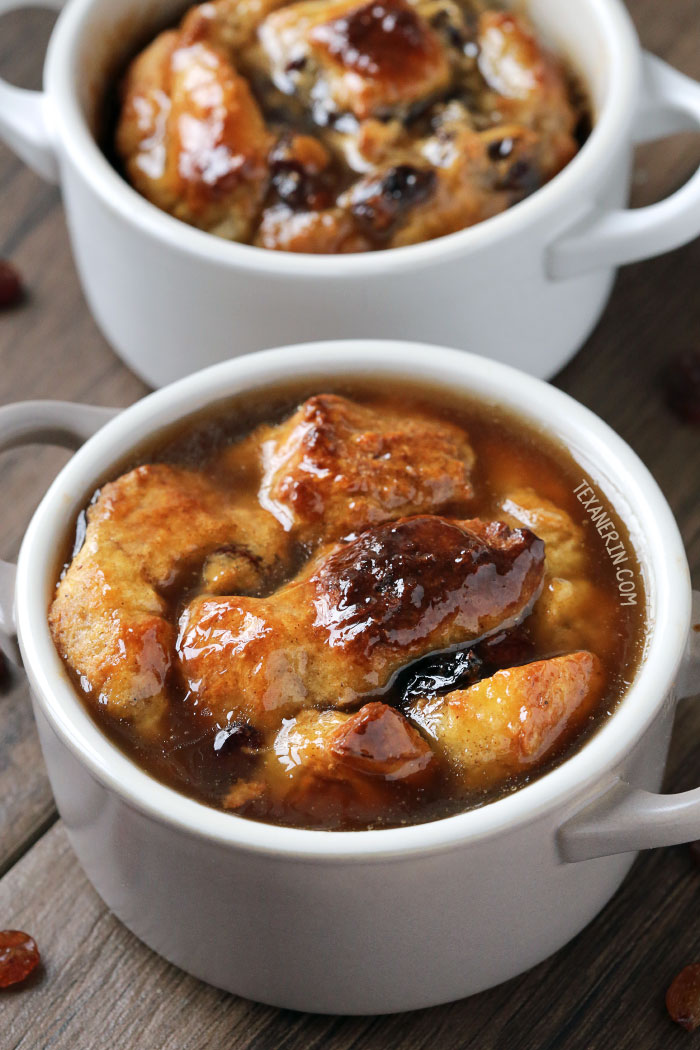 Without the bourbon sauce, the bread pudding itself is pretty boring and I wouldn’t bother making it. The sauce is everything! If you don’t want to use bourbon, then use some other kind of booze.

And don’t omit the raisins! I’m not a big fan of raisins and thought I could do without but… nope. It’s much better with raisins.

For the bread pudding: