Like I mentioned in my post on where and what to eat in New Orleans, I had the most amazing Bananas Foster Pain Perdu at The Ruby Slipper Cafe. After the first bite, I knew I had to recreate it when I got home. This version doesn’t taste a thing like the Ruby Slipper’s but it’s still delicious. Their version had some fresh banana slices plopped on top, which didn’t seem very Bananas Foster-y to me so I did something a bit different.

If you’re not familiar with Bananas Foster, it’s a dish that originated at Brennan’s Restaurant in New Orleans in 1951, consisting of sliced bananas, which are often flambéed tableside, with a delicious sauce and vanilla ice cream.

The sauce is made from butter, brown sugar, cinnamon, dark rum, and banana liqueur. If you’re like me, you probably don’t have banana liqueur and wouldn’t go out and buy it just for this so I omitted that from my recipe. I also did my usual changes and used coconut oil and coconut sugar in lieu of butter and brown sugar. 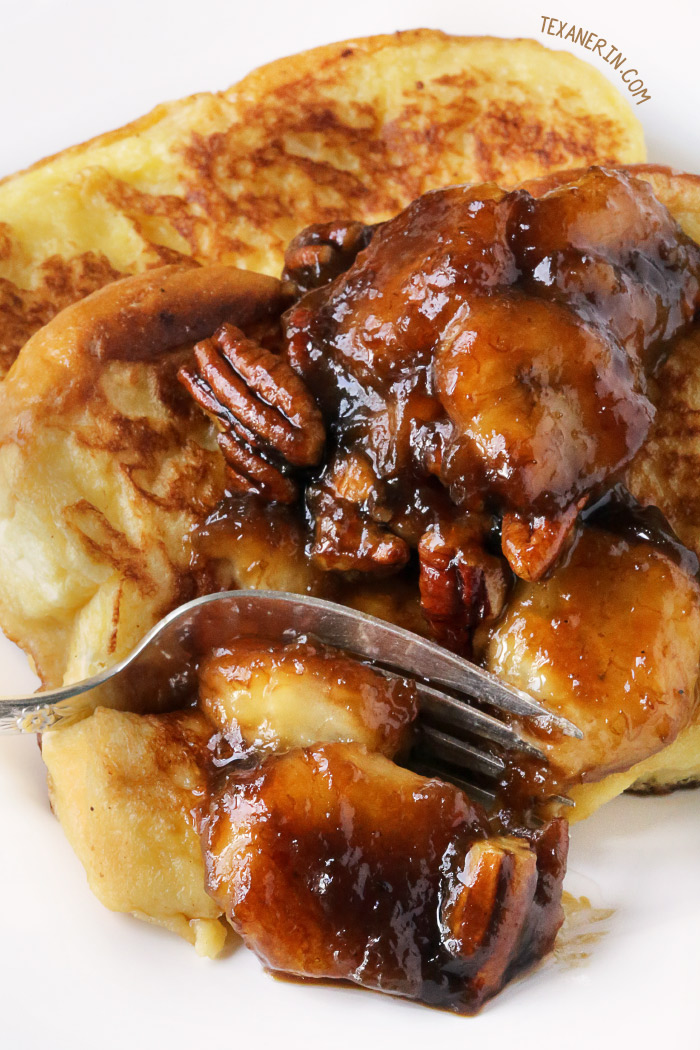 Some recipes for Bananas Foster French toast require you to actually make Bananas Foster (minus the ice cream). You then spoon that over the French toast. I’m not in the mood to caramelize sugar in the morning (or ever) so my recipe calls for a much simpler sauce. You just mix everything together, let it simmer two minutes and then add the bananas.

But when I made it the next few times, it came out differently every time as a result of varying levels of banana ripeness. I’m not a fan of overly mushy bananas so I think the safest way to deal with the bananas is by adding them after the sauce is finished simmering. 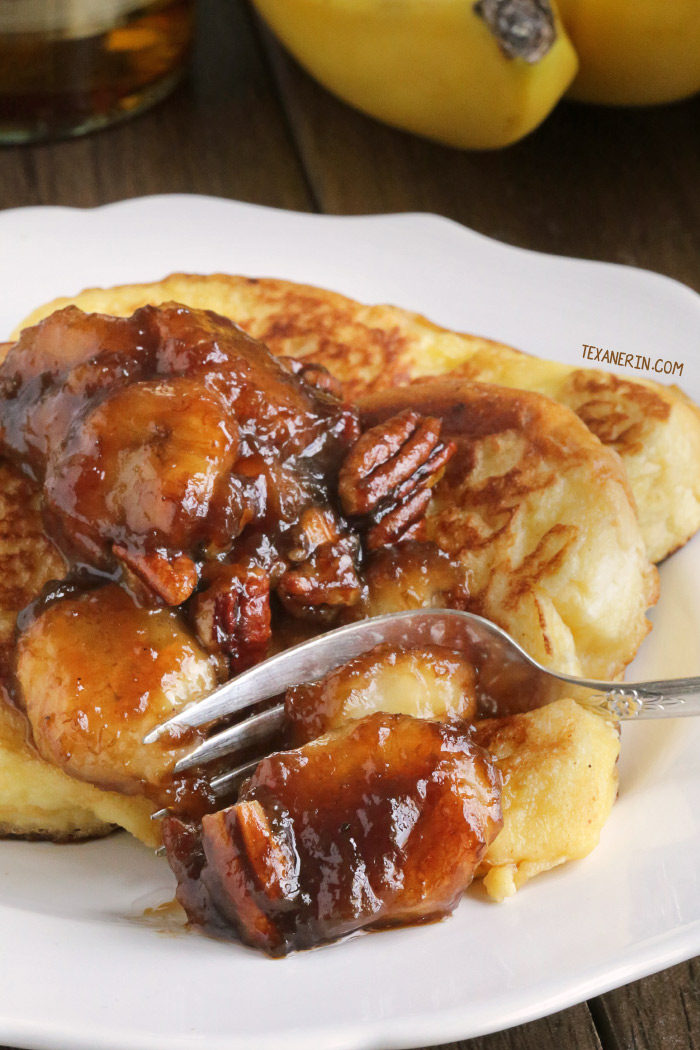 This recipe can easily be made whole wheat or gluten-free. Here’s a recipe for whole wheat brioche and gluten-free brioche. But this is more of a recipe I’d recommend to use up old bread. I can’t imagine making fresh bread just to use it in this (or any) French toast recipe.

If you don’t have brioche on hand but have regular gluten-free bread, try this caramel apple French toast casserole from Vegetarian Mamma! It looks incredible.

I used coconut milk and oil, making this Bananas Foster French toast dairy-free, too! The coconut flavor goes along nicely with the rum and bananas.

If you don’t want to use canned coconut milk, I have no idea how that’d go since I haven’t tried it. Coconut milk is quite a bit thicker than regular milk so I’m guessing it may come out a little differently. Let me know how it goes if you try it out! :)

For the sauce (you may want to double this if you want a lot of sauce – this yields just enough for a thin layer on each slice of French toast. What you see in the pictures is 1 serving of sauce meant for two pieces):

For the French toast: