These soft and chewy vegan orange cookies are paleo, grain-free, gluten-free, and dairy-free and have orange icing (that doesn’t melt at room temperature!).

I’m guessing everyone has their Thanksgiving menu already planned so let’s move on to Christmas! Also, I wish everyone a happy, healthy and safe Thanksgiving. :)

Every Christmas, my grandmother, and then grandfather, would make orange cookies. They were the puffy kind with icing.

I’ve never actually made them before because I’m not a huge fan of that puffy texture – though I certainly ate a ton of them growing up! I very rarely turn down a homemade cookie. 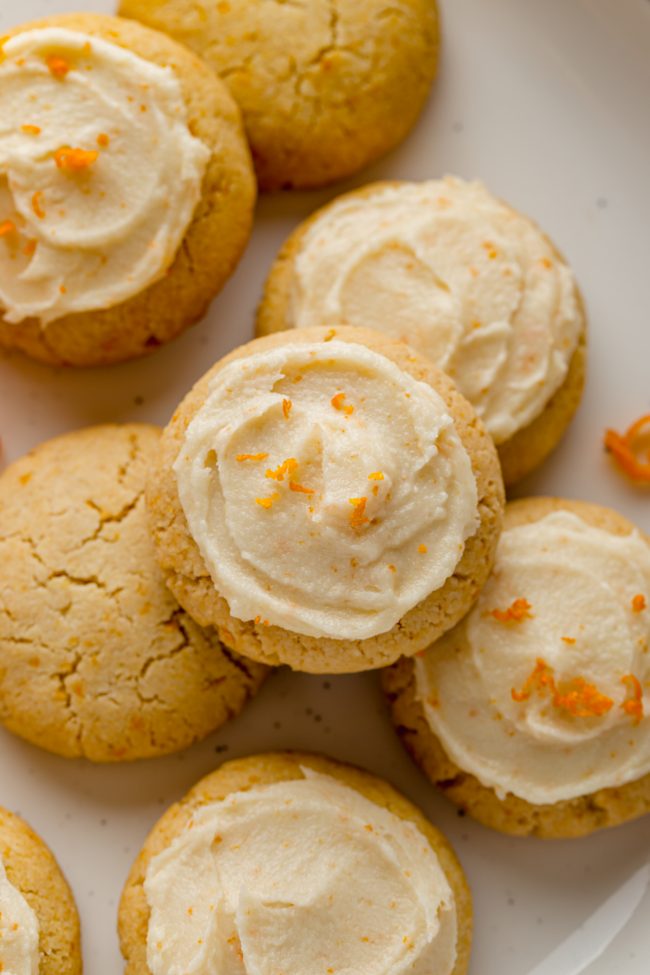 While these vegan orange cookies aren’t puffy, they don’t have a normal all-purpose flour cookie texture. But that shouldn’t prevent you from making them! They’re lovely. And perfect for holiday parties and gift-giving.

If you like my gluten-free lemon cookies, you’ll love these! It’s basically the same recipe with orange.

The reviewers have loved that recipe for years. People seem to love them, whether they’re vegan or paleo or not! 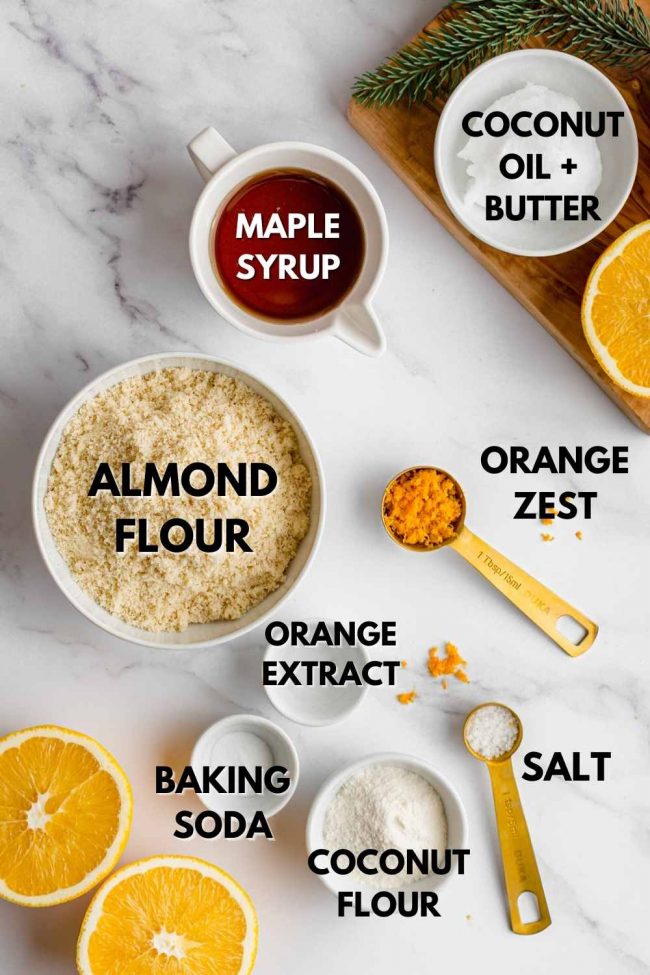 Please excuse the 4-year old video. I wanted to include it in this post because I’ve seen so many videos of people zesting the other way.

The way in my video is SO much easier than holding the zester right side up! It might feel awkward at the beginning but then you’re going to wonder why you ever did it the other way.

You can see what you’re doing and it stays put on the top of the zester rather than falling into the bowl. For the video, I just dumped all the zest into the bowl but in real life, I measure it. 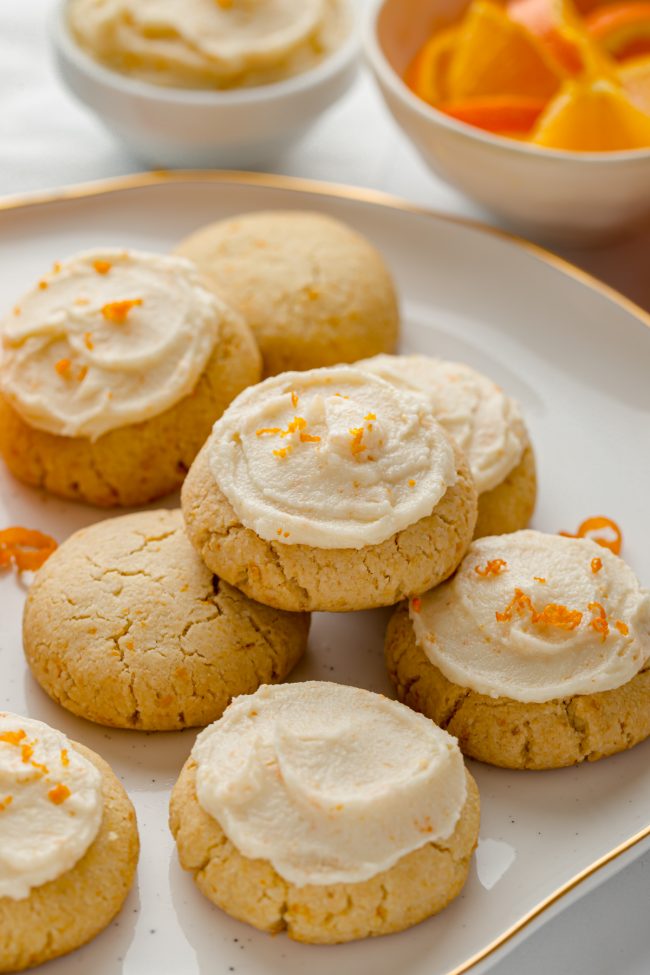 You can make the icing in a high-speed blender, or if your coconut butter and oil are softened, you can easily mix in the other ingredients by hand.

But I don’t recommend actually melting the coconut oil and butter. Melting it seems to do weird stuff.

But! You can still taste it a bit in the icing because of the coconut butter. There’s no sub for it so I’m afraid there’s nothing to do about that. It’s super delicious, though.

One thing I love about the icing is that it holds up well at room temperature (thanks to the coconut butter!). At least in the winter. If your room temperature coconut oil is melted, the frosting’s going to melt, too. So if you make these during the warmer months, definitely refrigerate them!

The icing hardens so that you can stack them. In these pictures and in the video, I iced them and put them in the fridge for only 10 minutes to try to get the frosting to firm up just a little, but they were still quite soft.

Concerning the sweetener – I used maple syrup (which you can’t taste as long as you use a lighter kind) but I’m thinking honey would be awesome in these for a non-vegan version. You might have to watch the bake time, though, since they’ll probably cook a little quicker. I’ve tried it in the icing and loved it! If you need some keto cookies, check out these keto orange cookies. 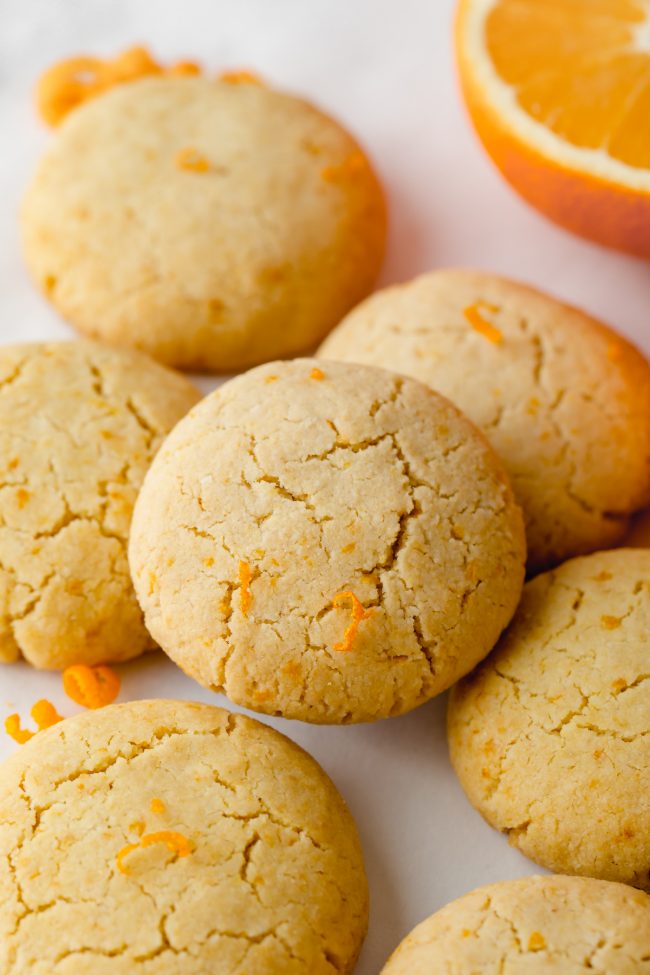 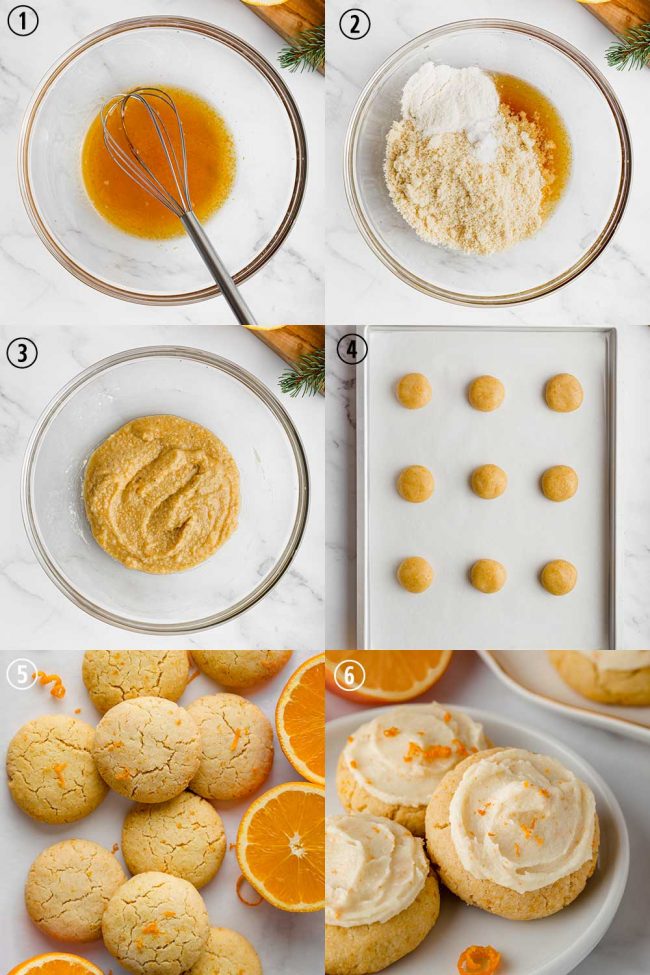 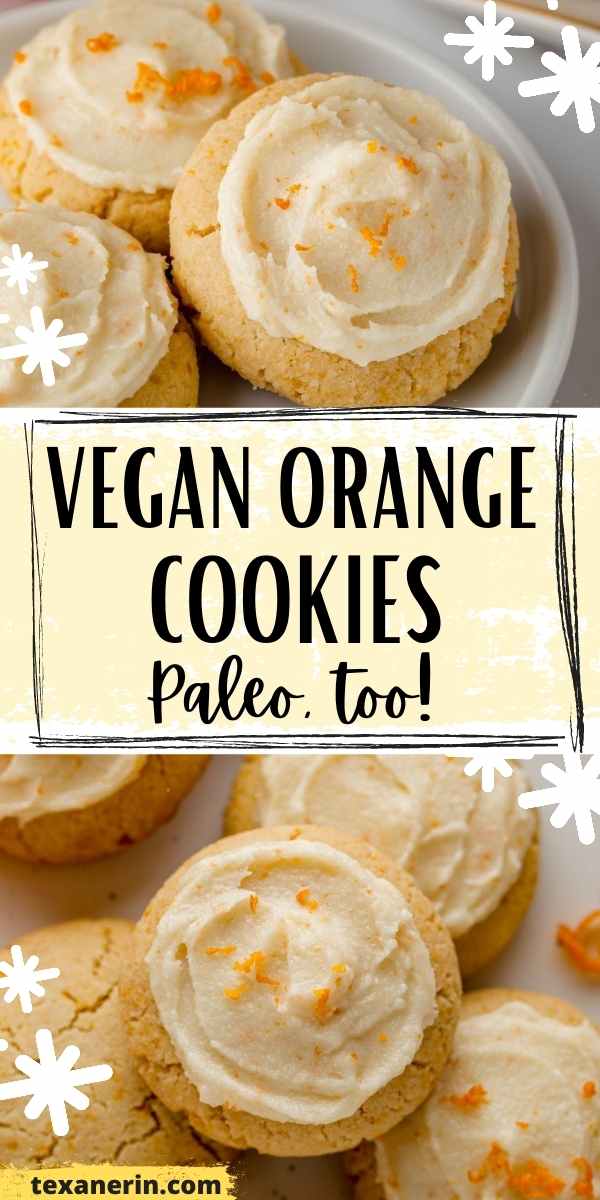