These bloody eyeball brownies are frosted with coconut butter frosting and then topped with lychees and strawberry jam. The brownies are paleo, grain-free, gluten-free and dairy-free but any brownie base could be used! 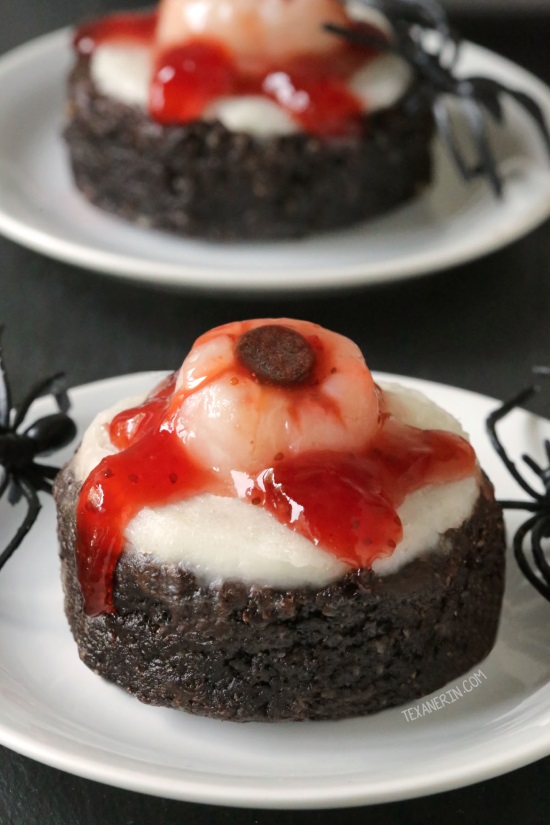 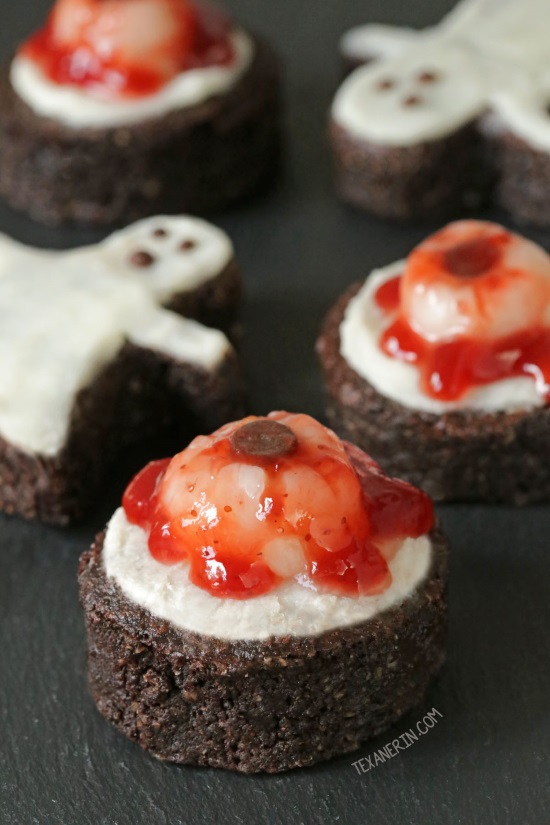 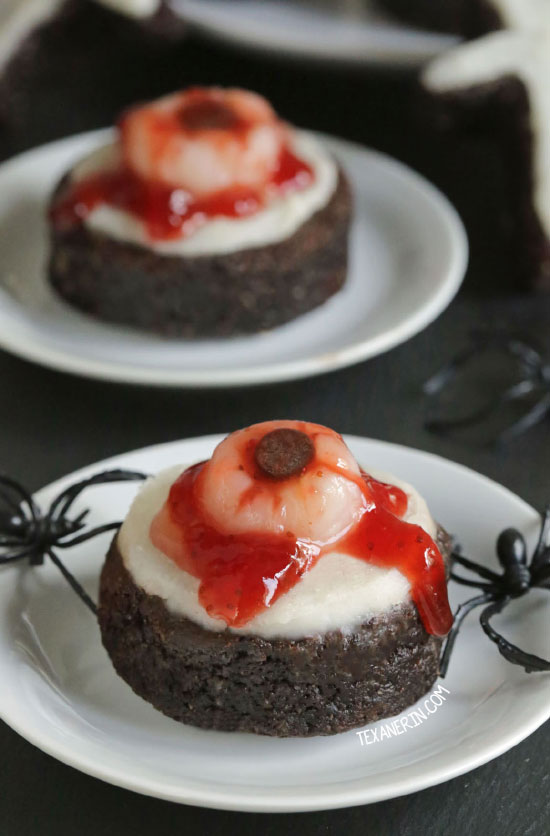 If you’d like a different base, try these Paleo Delicata Squash Brownies from Fearless Dining!
❀