These paleo coconut cupcakes are made with coconut and almond flour and have an amazing texture! And as a bonus, they’re gluten-free, grain-free and dairy-free.

These are really coconutty. That’s because they’re made mostly from coconut. You’d think that they’d be crumbly or somehow unpleasant, what with all the dried coconut, but the texture was great. 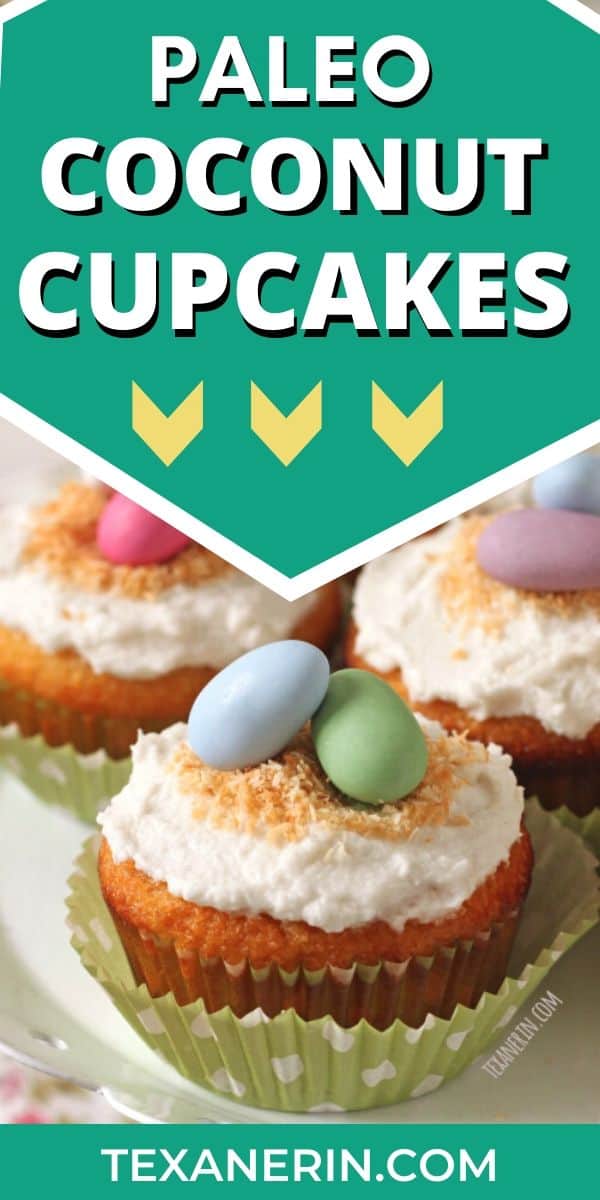 I’m not normally a fan of coconut but there was something about these that I couldn’t resist. It reminded me of my mother’s coconut bundt cake which is full of white flour, several cups of white sugar and Crisco. It’s a tasty cake, sure, perhaps a little unhealthy? ;)

These cupcakes aren’t fluffy at all, but dense, although in a nice way! 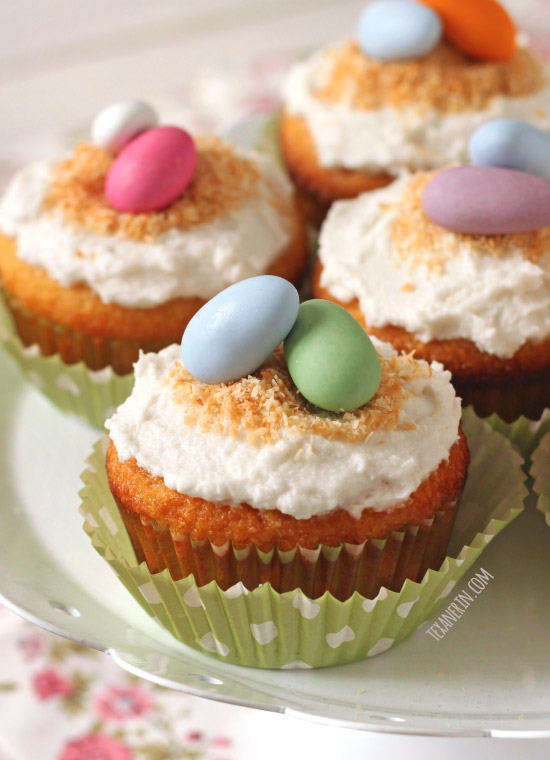 For the coconut frosting, you just take a can of coconut milk, let it sit overnight in the fridge and whip it. It sounds unspectacular but it just works. You can add a little sweetener if you need it! You could also try my vegan cream cheese frosting, which would go really well on these cupcakes! That frosting basically consists of a bunch of coconut ingredients and maple syrup – nothing funky!

I’m sure some of you are appalled by my little sugar Easter egg candies and I totally get it. I may be guilty of using them as decoration and not actually eating them. ;) So here! Here’s a candy-free cupcake. 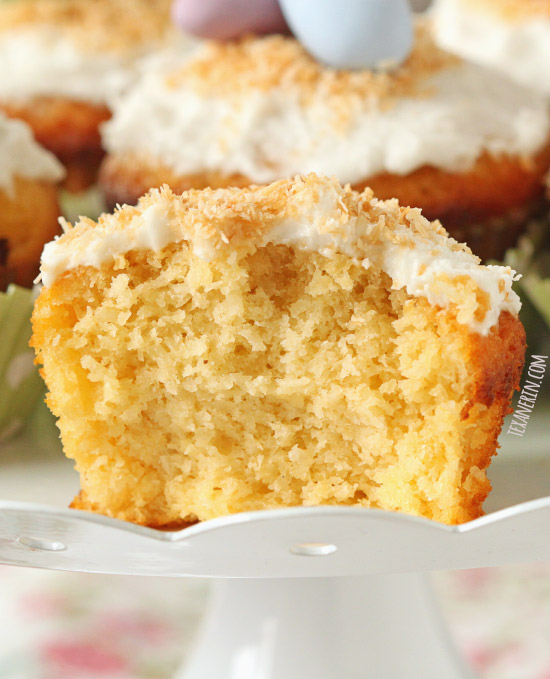 Something neat about these is that they taste even better than whole grain versions. It’s true! It sounds crazy but when it’s made mostly of coconut and not grainy flour that tastes healthy, it kind of does make sense. Not only did Mr. T and friends not realize that these were healthy, but they had no idea that they were grain-free. But you know, they’re not very schooled on baking, so perhaps that doesn’t mean much.

I do realize that this uses a ridiculously small amount of coconut flour, but you can’t leave it out or try to sub it with something else. It is expensive but I use mine quite often and have had my little container for about a year now. So really, it’s not that expensive when you consider how little you use at a time!