This vegan chocolate fudge frosting only uses four ingredients and is also paleo! It takes 5 minutes to make, holds up perfectly at room temperature, and can be piped.

First up, for the non-paleo eating readers – this frosting recipe doesn’t use any unusual ingredients and tastes exactly like regular chocolate fudge frosting. Don’t run away just because it’s paleo and vegan! ;)

For this vegan frosting recipe, all you need is chocolate chips, coconut oil or butter, milk and vanilla extract. Melt it together and that’s it! There’s no creaming or beating or any fuss.

This dairy-free chocolate frosting recipe yields enough for a thin layer (using 1 tablespoon) for 16 cupcakes or if you want to be a little more generous with the frosting, it’s enough for 12 cupcakes. The cupcakes pictured are these amazing paleo chocolate cupcakes! I highly recommend them. :) 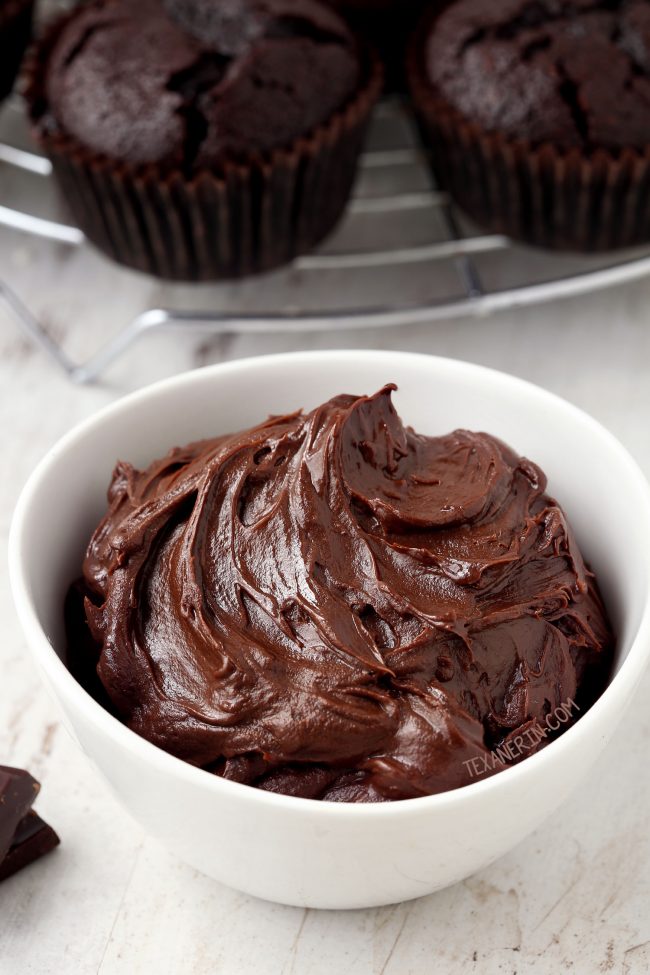 Now for my paleo readers, I know this isn’t exactly the healthiest paleo chocolate frosting recipe out there but to be honest, I was tired of frosting that doesn’t taste exactly like traditional frosting and that melts or at least gets melty at room temperature.

So many of my paleo recipes have to be refrigerated which isn’t all that big of a deal, but it’s super annoying when you want to serve them at a party.

This paleo chocolate fudge pie is another great chocolaty paleo dessert that tastes just like a regular pie and doesn’t melt at room temp!

The frosting gets firmer in the refrigerator (as fudge does) so I actually prefer serving this at room temperature. It’s not bad straight from the fridge, but I like the slightly softer texture. 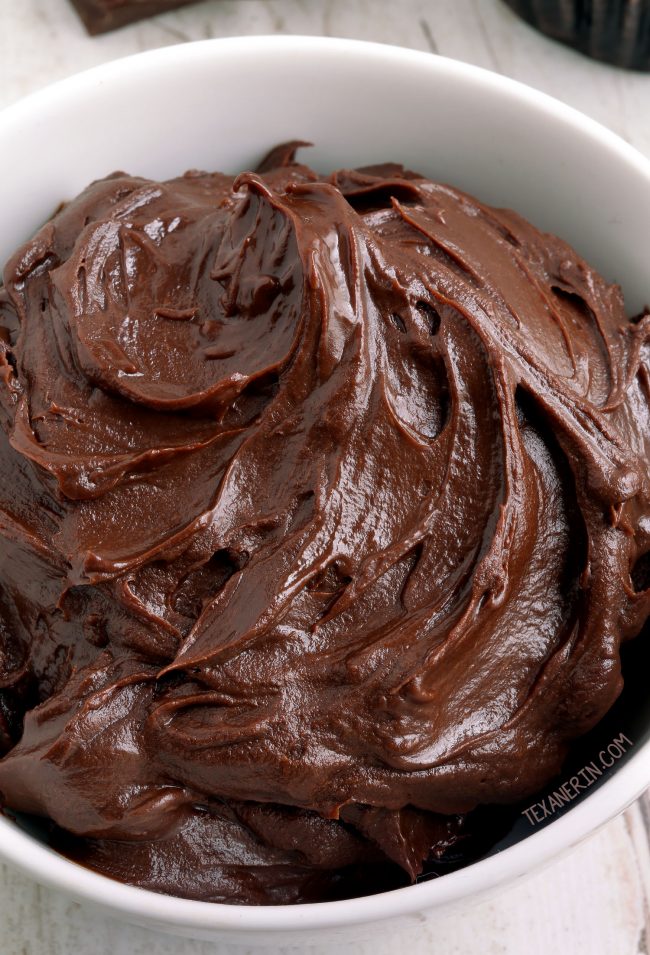 Another plus is that this vegan chocolate fudge frosting doesn’t taste a bit like coconut (as long as you use refined coconut oil)! Mr. T’s response to one of my paleo chocolate recipes the other day was – “Does everything have to taste like coconut now?” So this one is for you coconut dislikers or just anyone who needs a little break from coconut milk based treats.

In the below picture, this seriously decadent dairy-free frosting looks a bit oily or melted but I assure you it was just the lighting. It holds its shape beautifully and can even be piped! 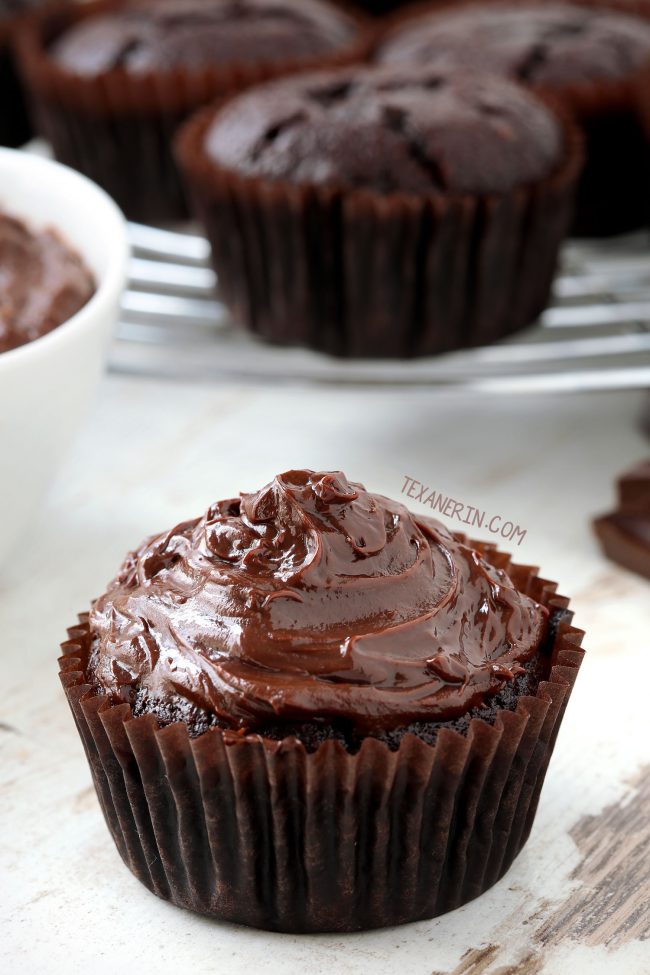 One more thing! For the paleo readers, I’m thinking there’s a .02% chance that you won’t find this frosting sweet enough. But for the people who are used to super sweet, powdered sugar filled buttercream recipes, you can whisk in 1/3 cup powdered sugar after everything is all melted. I really, really think it’s sweet enough without so be sure to sample it before doing that!

If you’re paleo and have a crazy sweet tooth, melt the coconut oil on low, mix in 2-3 tablespoons of coconut sugar, turn off the heat and let it sit for a few minutes until the sugar has dissolved. Then add the rest of the ingredients.

And if you’re not paleo, why not try my frosting recipe on this best ever vegan chocolate cake from The View From Great Island? These vegan chocolate banana cupcakes from It’s Yummi also sound wonderful!