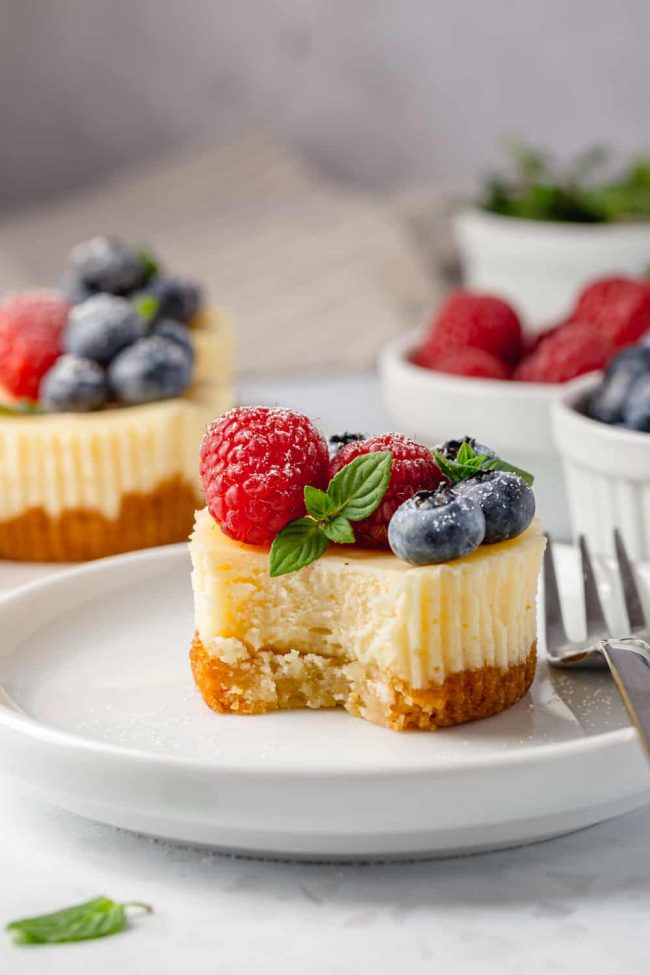 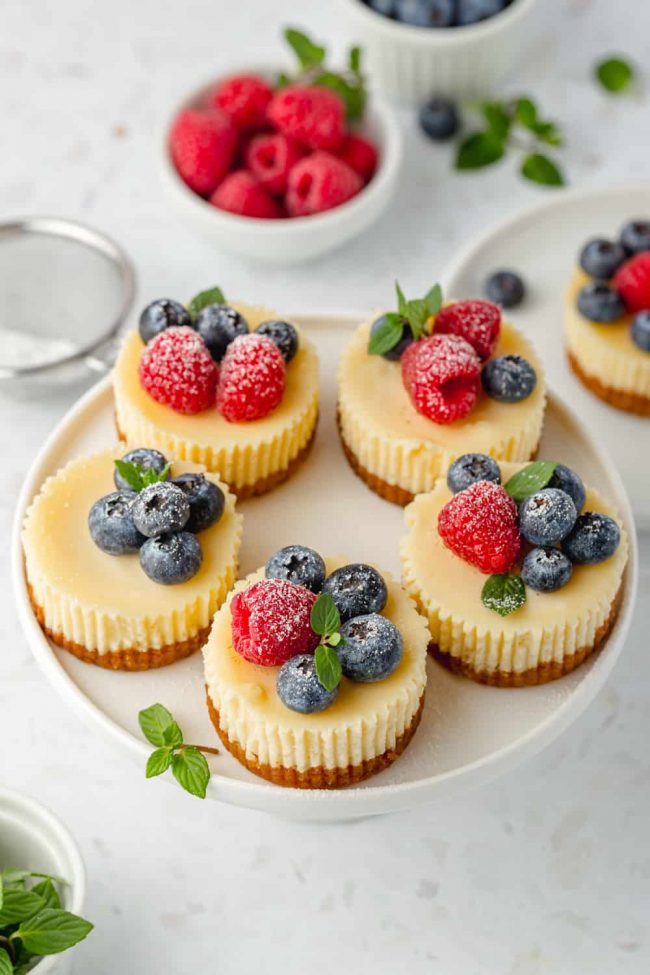 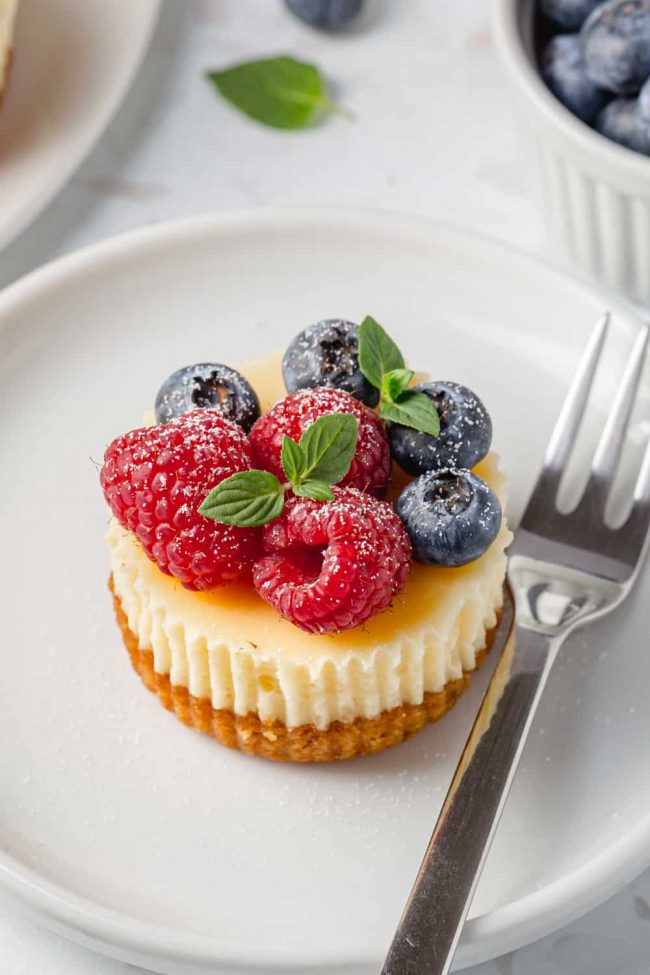 If you’re not trying to impress anyone with your dainty cheesecakes, I suggest drowning these mini cheesecakes in this honey sweetened strawberry sauce. :) This strawberry compote also looks fantastic! 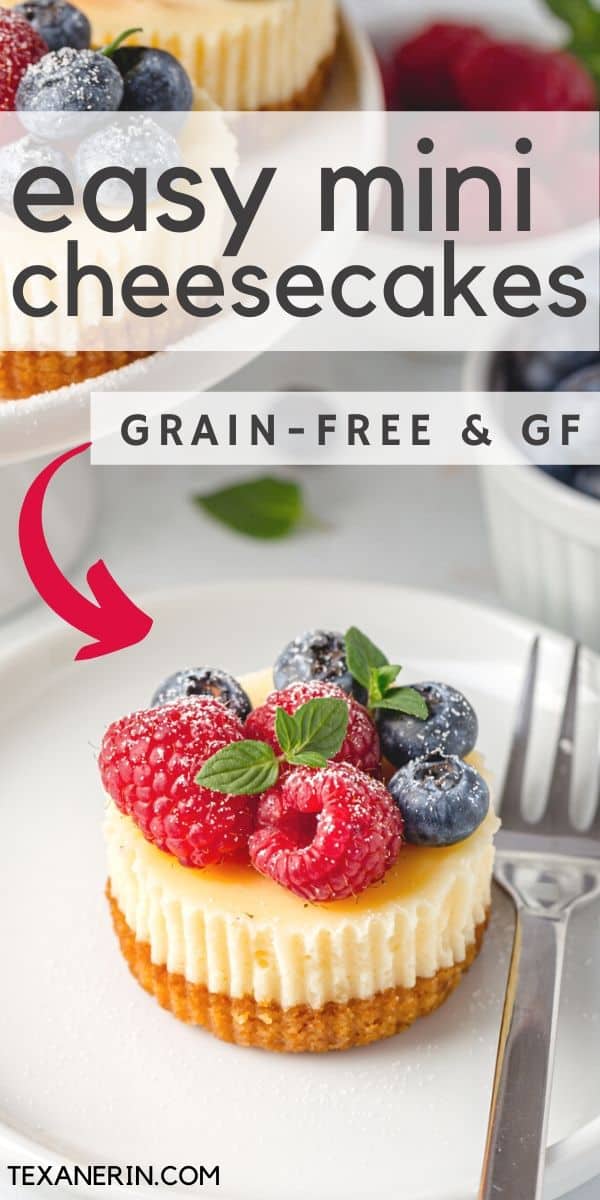 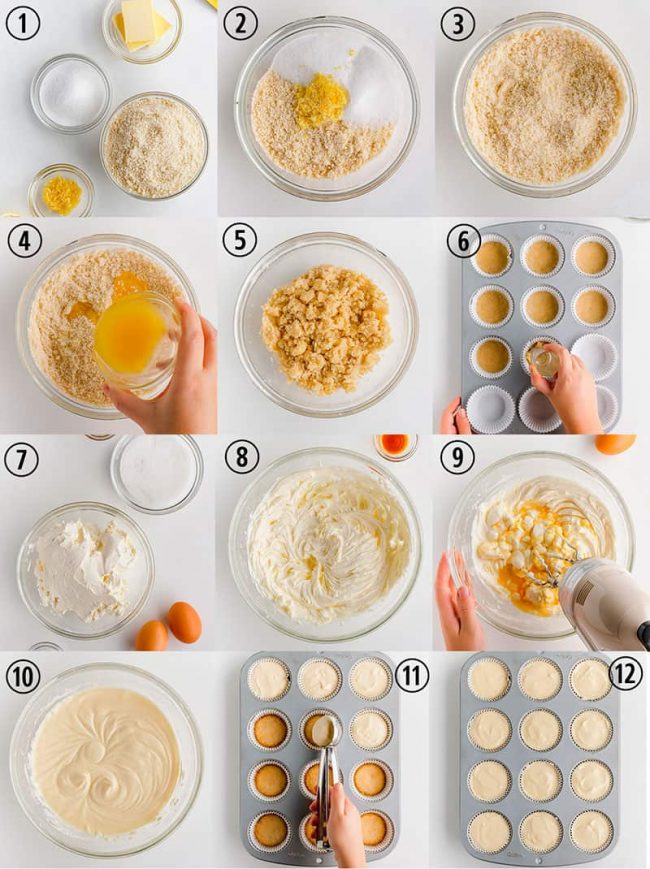 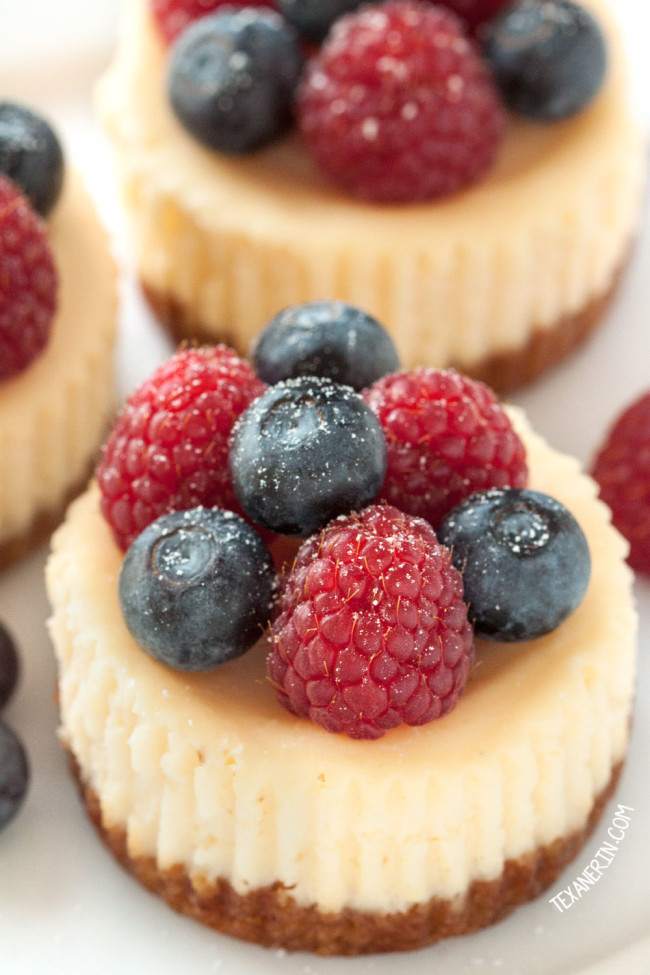 Like what you see and want more?
Join over 12,400 readers and sweeten up
your inbox with new posts for free!
Your information will not be shared with or sold to a third party.
This subscription is free of charge and can be canceled at any time.
Posted by Erin in: Cheesecakes, Christmas Recipes, Desserts, Gluten-free, Gluten-free Cheesecake Recipes, Gluten-free Desserts, Grain-free, Holiday Recipes, Mother’s Day Recipes, Picnic and BBQ Recipes, Seasonal Recipes, Special Diets, Spring Recipes, Summer Recipes
Pin post on Pinterest Share post on Facebook Share post on Twitter Share post on Google+