These vegan graham crackers are tasty, slightly sweet with the perfect snap. And they taste much like the original but are entirely plant-based! Once you’ve tried these graham crackers, you might never go back to store-bought! With a gluten-free option.

First off, we have to talk about the history of the graham cracker. In 1829, Reverend Graham invented graham crackers to help suppress “unhealthy carnal urges.” Yeah.

The original graham crackers were apparently quite bland, and it was thought that bland food could curb one’s desires. Dr. Harvey Kellogg and his brother held the same beliefs and went on to invent cornflakes. Fun stuff! 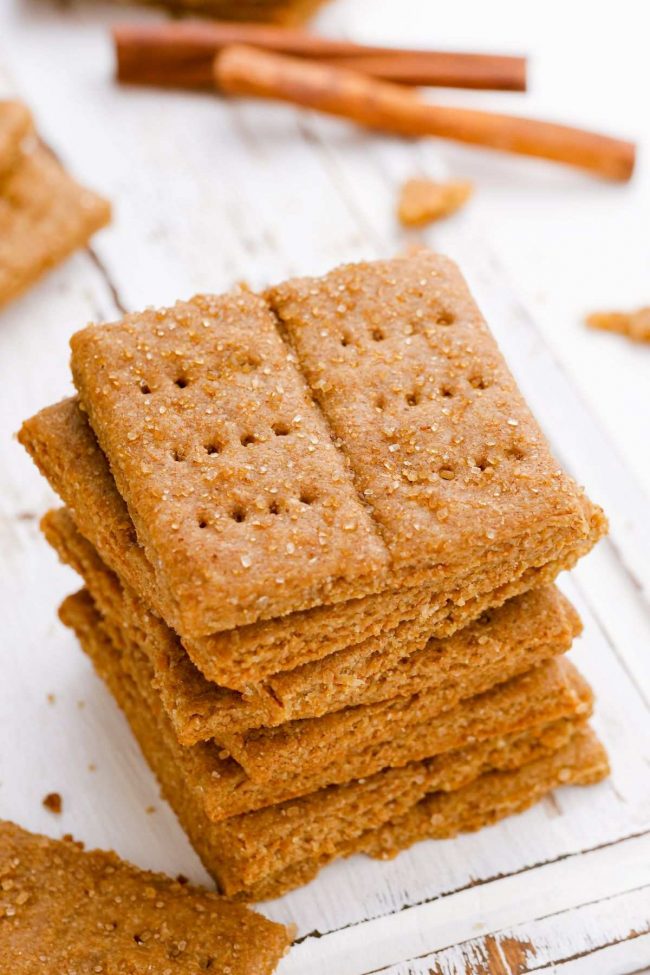 Graham crackers are so easy to make. You pretty much just dump everything into one bowl and mix it together.

The time-consuming part is the rolling out of the dough, and then if you’re like me, you’ll waste a lot of time watching your crackers bake. I’ve burned way too many of these bears at the beginning of my graham cracker baking career, and I won’t let it happen again!

I was never really into graham crackers. I used them in pie crusts, but that was about it.

We don’t have graham crackers over here in Germany, and my lazy self picked them up every time I visited the US to bring them back with me. Lame, right?

I wish I had known the wonders of homemade graham crackers before hauling all that over! You have no idea how valuable that luggage space is. ;)

How to make graham crackers: 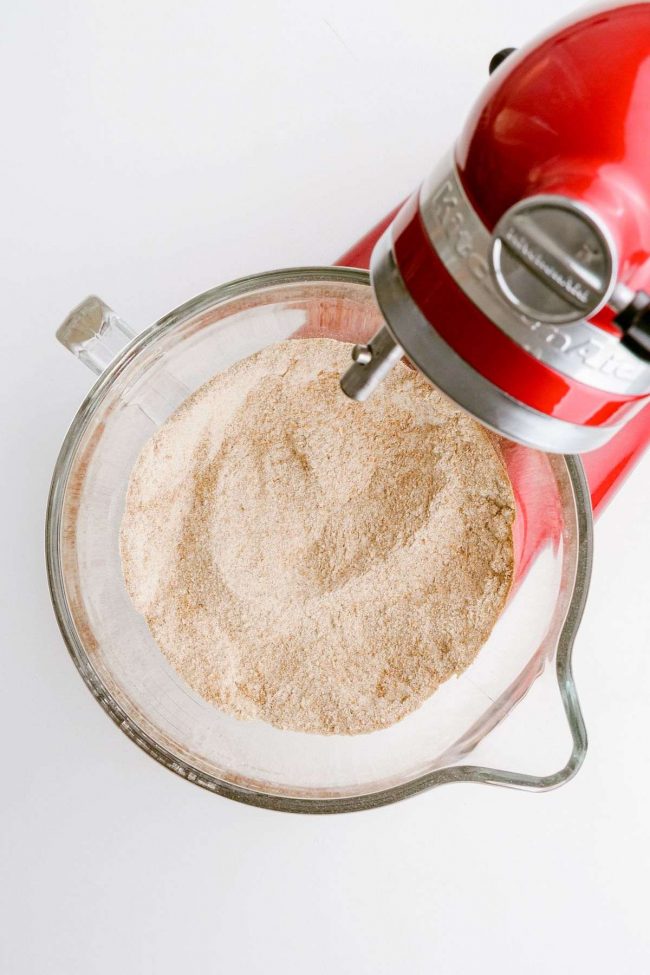 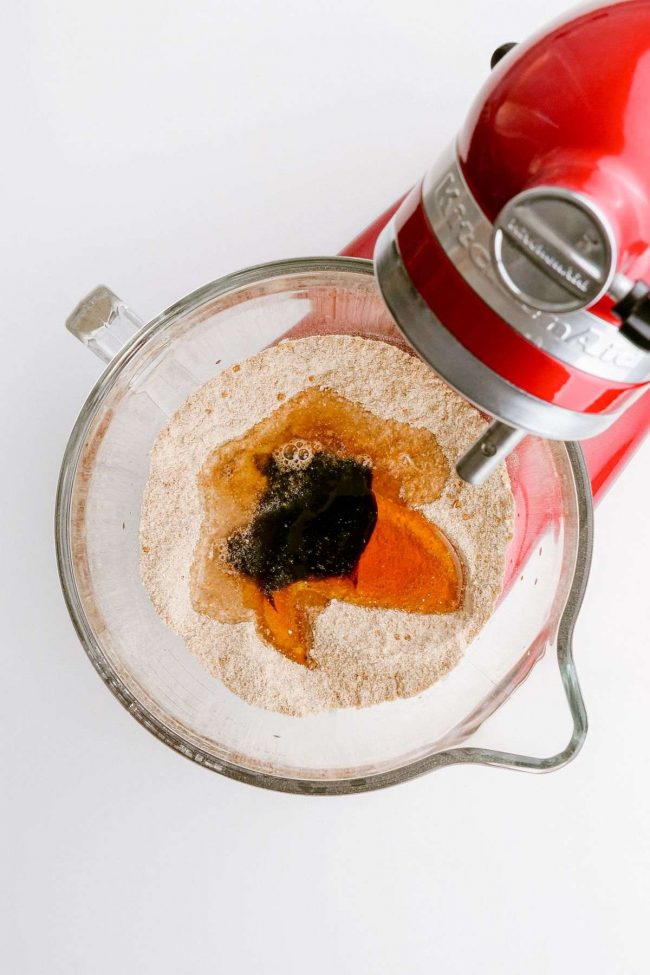 Half the dough and wrap in plastic wrap and refrigerate for 1 hour. 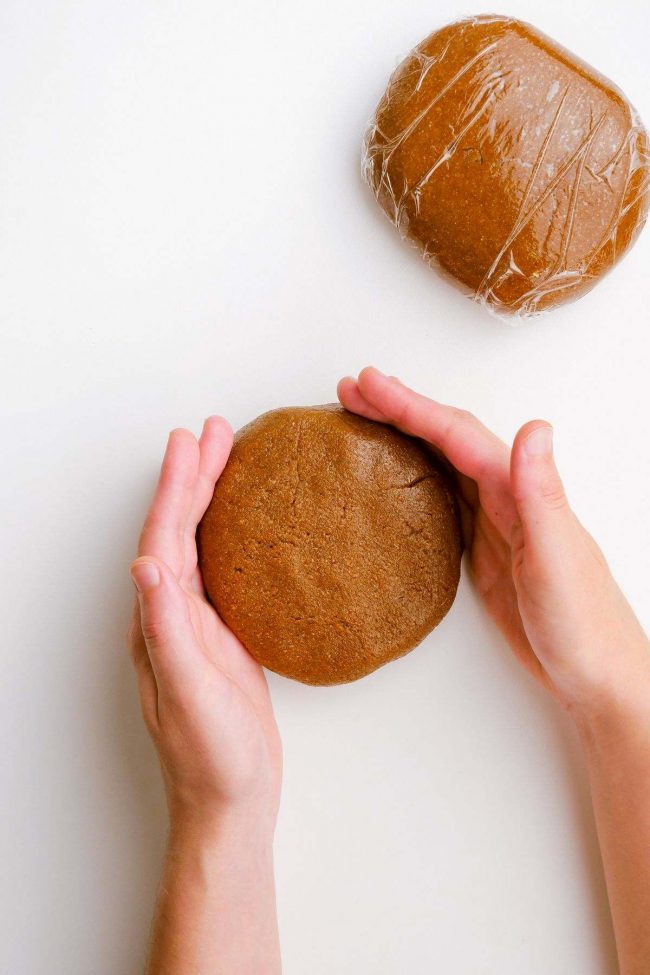 Roll out the first half between two pieces of parchment paper. 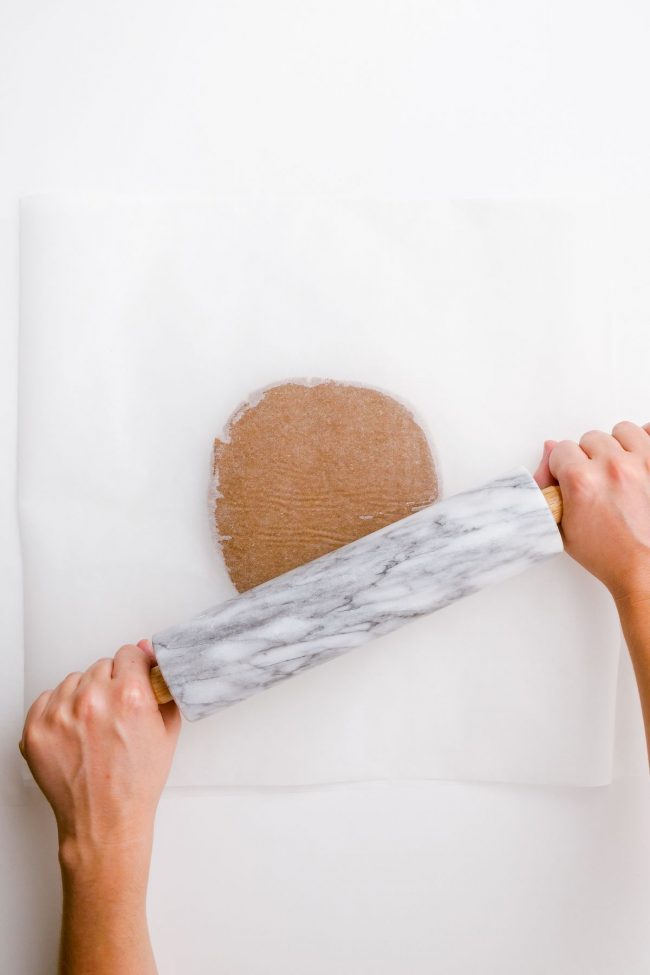 Cut dough in rectangles using a pizza cutter or knife.

Mix cinnamon sugar coating and sprinkle over the crackers.

Prick holes in crackers with a fork for a traditional look and to keep them thin and crisp. 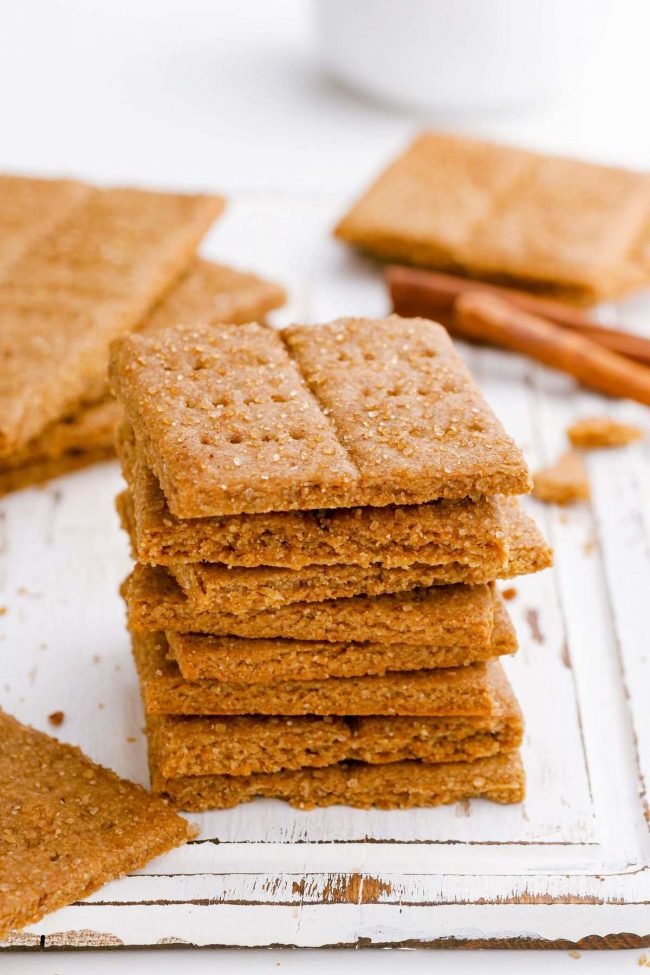 What kind of flour?

In this recipe, I used whole wheat flour and wheat bran which is the outer layer of cereal grains. It’s rich in minerals, vitamins and fiber.

I don’t think the kids will notice because there’s so much cinnamon in these. I think they’ll just love them even if they generally dislike whole grains.

I’ve worked on making a gluten-free version of these graham crackers for years. I’ve made them with Bob’s Red Mill 1-to-1 Gluten-free Baking Flour, but don’t love the results.

I recently discovered I could order King Arthur Flour Gluten-Free Measure for Measure Flour from iHerb (I live in Germany) and immediately ordered some. I’ve always heard great things about it, and it didn’t disappoint!

My goal is to make gluten-free treats that don’t taste gluten-free, so I’m going to keep working on a gluten-free version that has a perfect texture.

How to keep graham crackers fresh

Another thing I love about this recipe is how long the graham crackers stay fresh!

If you keep them in an airtight container, they should stay crisp and delicious for a few months!

If you don’t want to make them all and store them, you might think about freezing the dough. 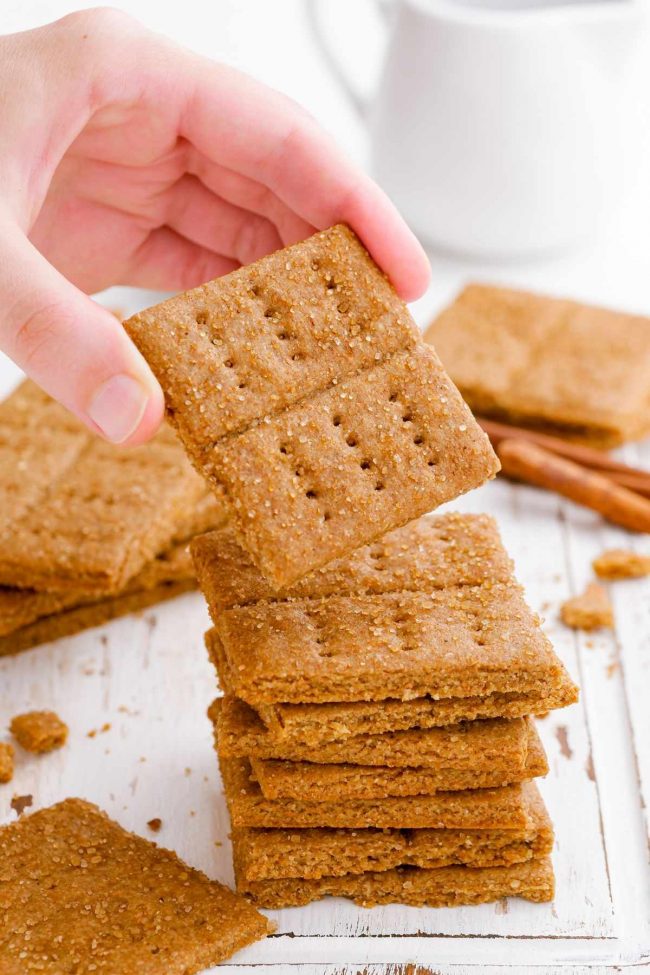 How to freeze graham cracker dough:

The dough can be frozen before rolling it out or after baking.

To freeze a ball of dough, wrap it well with plastic wrap and place it in a resealable plastic freezer bag for up to 2 months.

When you’re ready for graham crackers, defrost the dough overnight in the fridge. Then you can roll it out and cut it before baking it in the oven.

Can you buy vegan graham crackers?

By making your own, you’ll get wholesome crispy graham crackers that really can’t compare to store-bought versions. 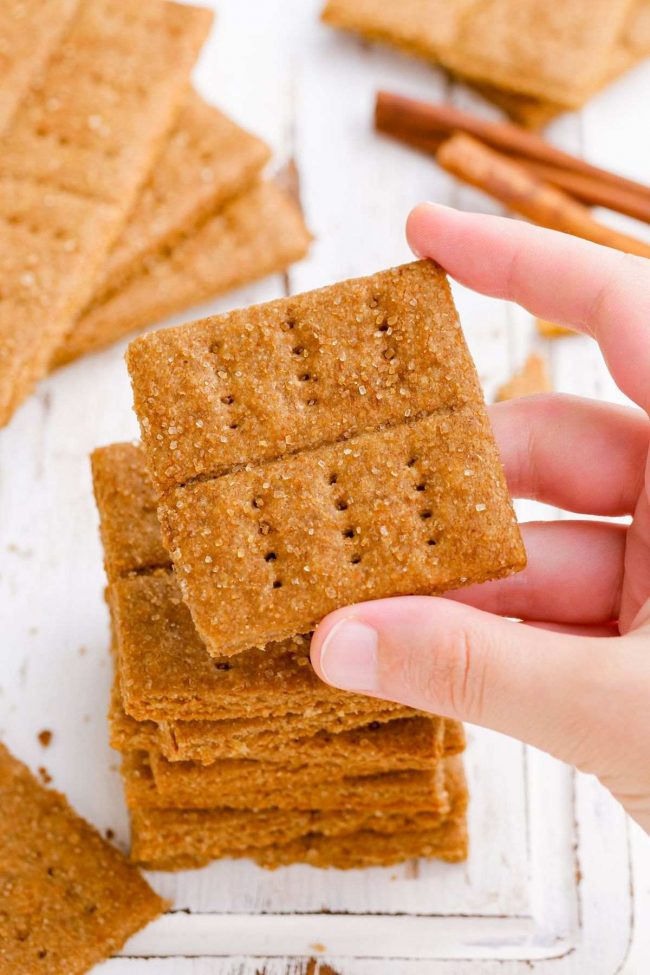 Whether you’re looking for sweet snacks or savory snacks, I have plenty of vegan options. You’ll find lots of gluten-free options as well, so take a look and let me know which is your favorite.


I hope you love these Vegan Graham Crackers! I’d love to hear from you if you try this recipe! Leave a comment below or shout it out to the world by tagging #texanerin so I can be sure to find it!