These chocolate coconut flour cookies have an amazing texture, just like traditional cookies! This recipe is paleo but can also be made vegan as well as keto. Thanks to Bob’s Red Mill for making today’s post possible.

I was kind of sad once I posted my coconut flour cookies recipe because it meant that I was done testing them and no longer had an excuse to make them every week.

I think that’s the only recipe that I’ve experienced that with. Not because the others are less delicious, but because I’m usually just so darn frustrated by the end of the process.

The cookies are so quick to make and I could easily make fourth batches, which is a lot simpler than making the same pie 14 times. Which is why I rarely post pies. ;) 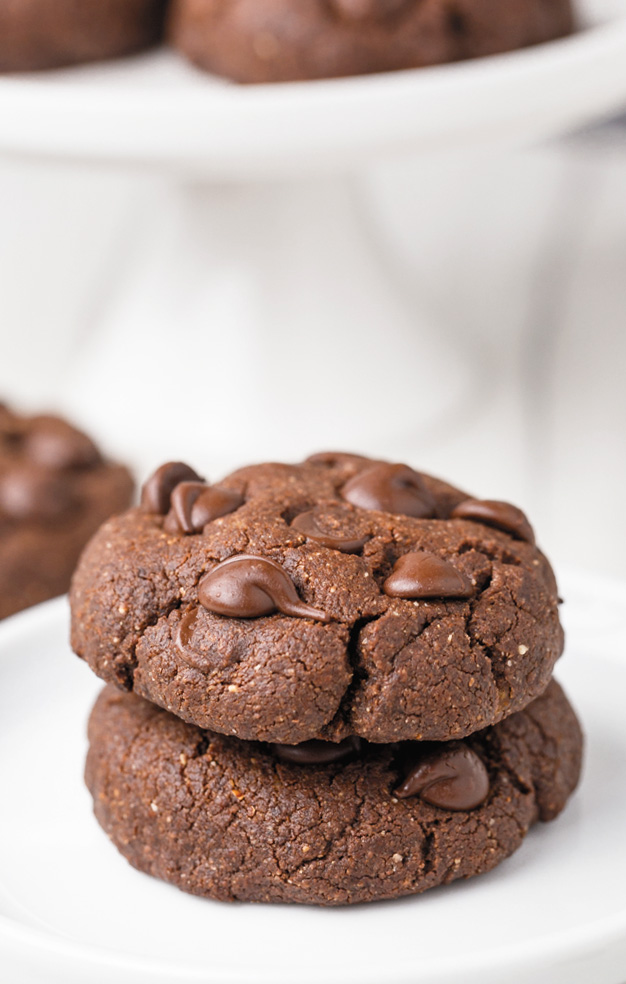 One of the commenters on the original recipe mentioned that her cookies didn’t hold together and that she even weighed the ingredients. I was stumped as to what the problem could have been because I’ve made those cookies SO many times – both the regular egg and the vegan chia egg versions.

But then I checked out the reviews for the type of coconut flour she said she had used. Someone said that the coconut flour they had received was grainy and didn’t absorb liquid the right way.

I don’t know if that was the cause of my commenter’s problem but it would definitely explain it! I’ve often had that issue with almond flour and sometimes coconut flour.

I used random German brands of coconut flour in those coconut flour cookies because I had run out of Bob’s Red Mill. Since I live in Germany, I sadly can’t just run to the store and buy more.

By the way, if you live abroad (which I know is a tiny fraction of my readers, but still!), you can order so much Bob’s Red Mill stuff from iHerb at ridiculously low shipping rates. I actually got free shipping when I ordered two bags of coconut flour. I have no idea how it works but I’m not complaining. :D 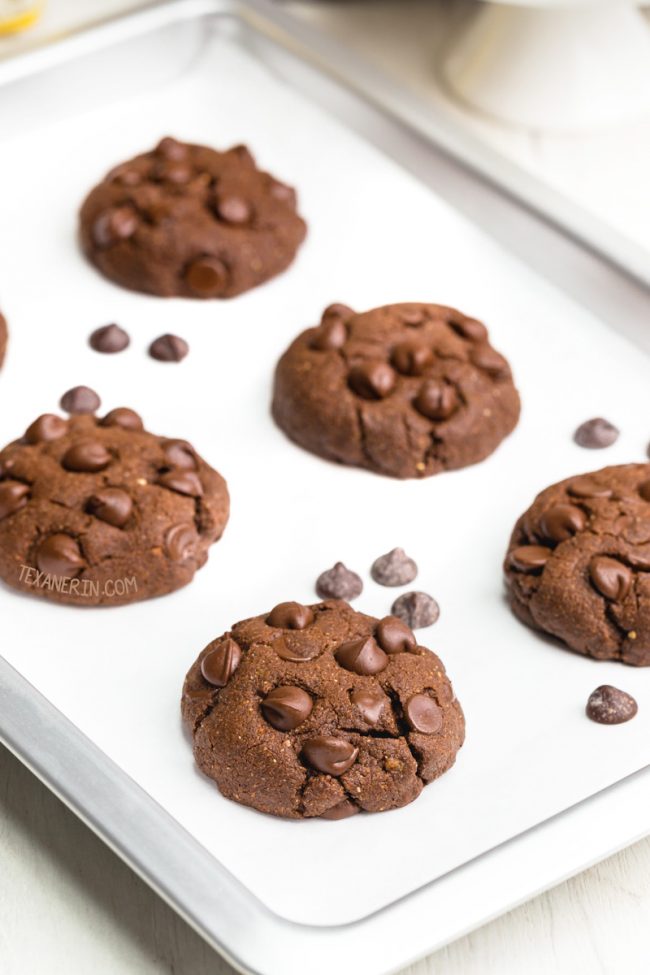 So I ordered some more coconut flour from Bob’s Red Mill to confirm that the cookies held together well.

And they did! They had an amazing texture. You can definitely see the difference when you use other brands of coconut flour that aren’t as powdery. Sometimes they’re a little greasier or crumbly.

So I can definitely recommend getting yourself a bag of Bob’s (you can get a $1 coupon for any of their products here) and making these cookies! And then my paleo coconut flour brownies, which are seriously just as delicious as the regular wheat- and dairy-based version!

I also tried out a keto version this time! My taste testers thought that they were really good but I want to point out that they weren’t nearly as chewy as the coconut sugar version. 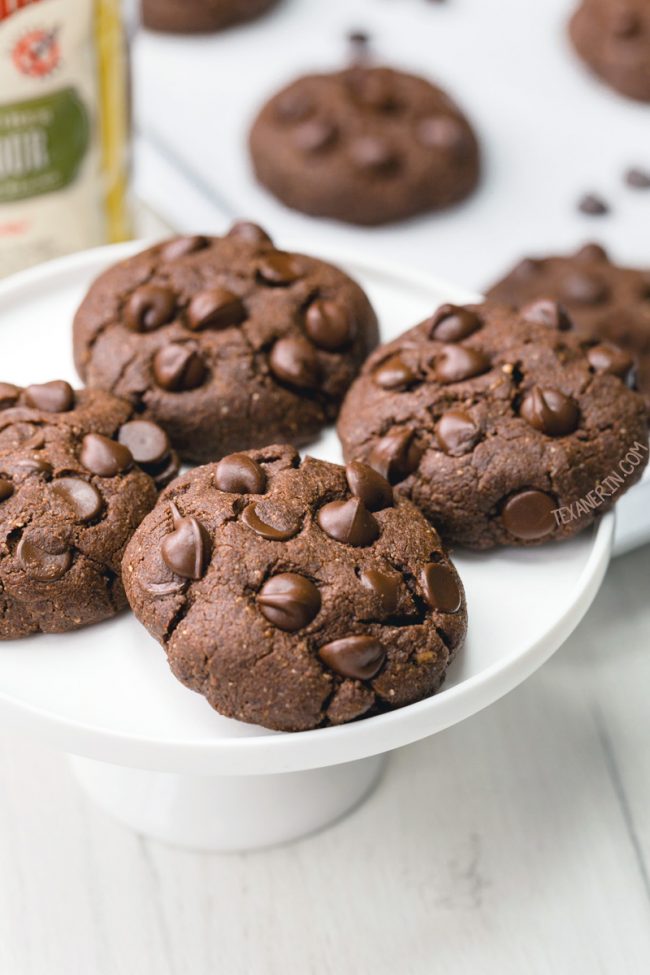 I also think they were best hot from the oven, which is a little weird because I thought the opposite for the coconut sugar version.

They also didn’t really spread out. At all. So be sure to press those into shape!

If you’re making these cookies for a paleo friend, ask if they’re okay with sugar alcohols. I don’t consider keto sweeteners to be paleo but some people do so be sure to ask to be on the safe side.

By the way, my body doesn’t like keto sweeteners, which is why I’ve never offered a keto option before. It’s not because I’m lazy or don’t want to be helpful. :) 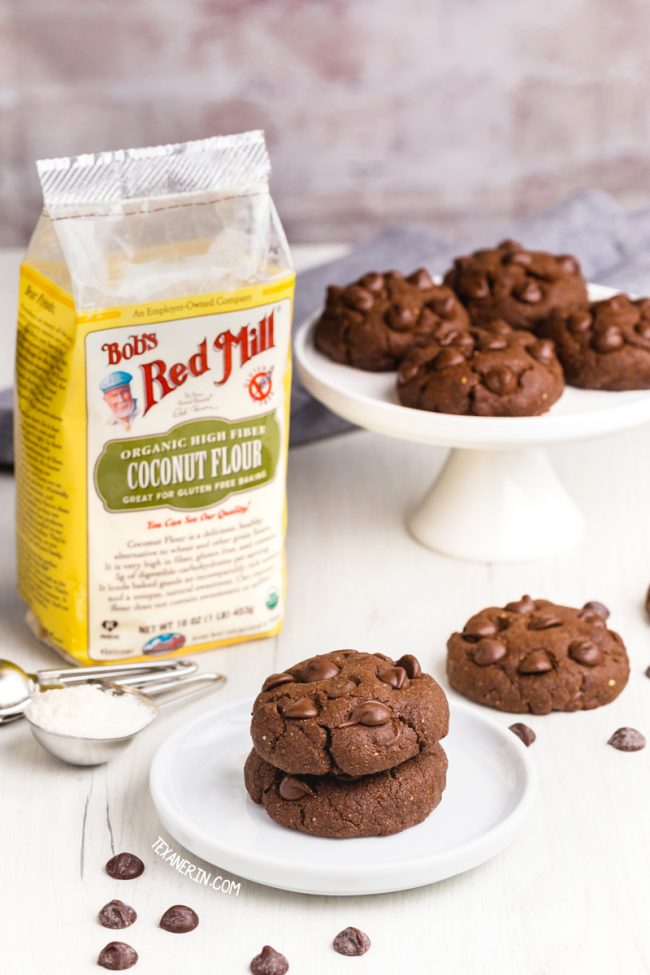 Click below for a how-to recipe video for these chocolate coconut flour cookies! (if you’re reading this from the newsletter, you have to visit the blog post to see it)