These Air Fryer Paleo Brownies are great for anyone who loves gooey brownies but prefers to bake a smaller batch. They’re made entirely with almond flour and are dairy-free. They’re super easy to make, and the air fryer makes it even easier.

If it’s too hot to turn on the oven, no worries – air fryer brownies to the rescue!

I published these regular Air Fryer Brownies and promised a paleo version, and here they are, and they’re just as terrific. If you love gooey, chocolaty brownies, you’re going to love this air fryer version. 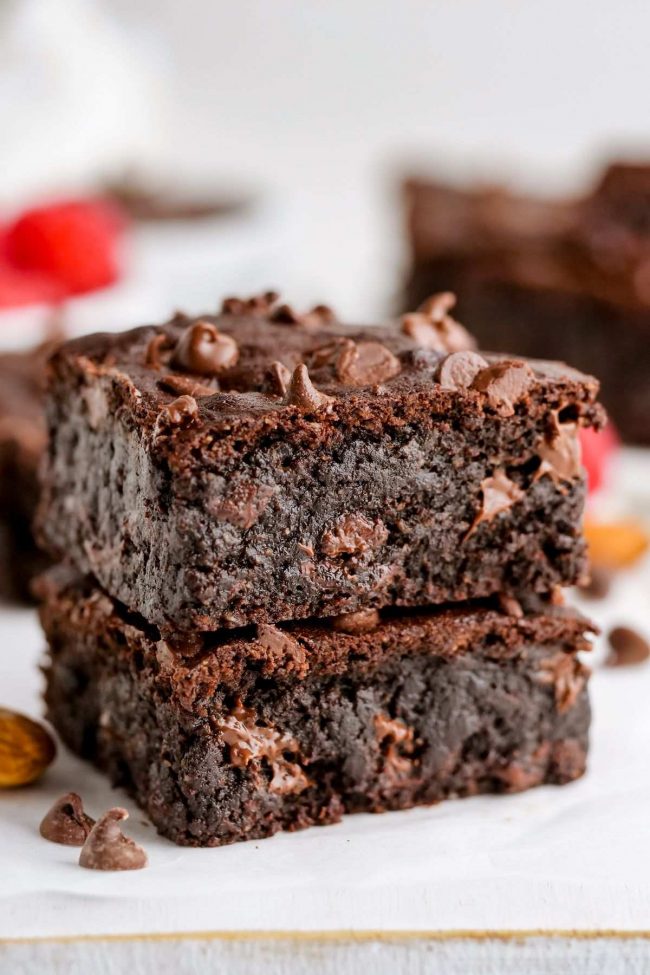 And if you’re looking for other air fryer baked goods, you must give these Paleo Air Fryer Chocolate Chip Cookies a try!

These brownies are based on these Almond Flour Brownies, so if you want a full batch but don’t want to do all the math, then it’s best just to make the original in the oven instead of using the air fryer. 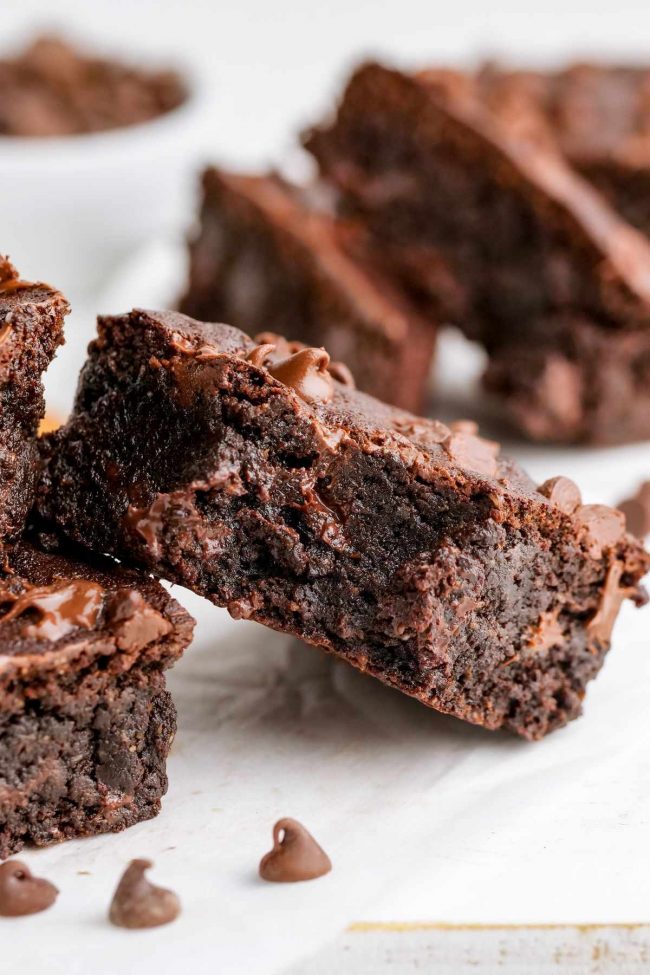 If you want a natural cocoa powder like the regular Hershey’s kind, the brownies could be cakier, but I haven’t tried it, so I can’t say for sure. 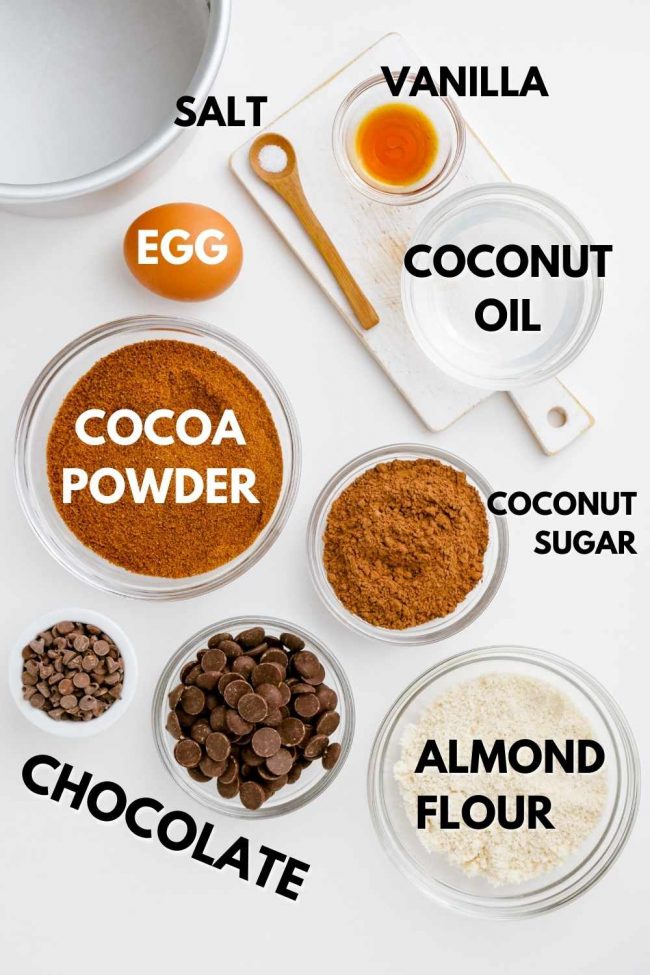 How to make air fryer brownies: 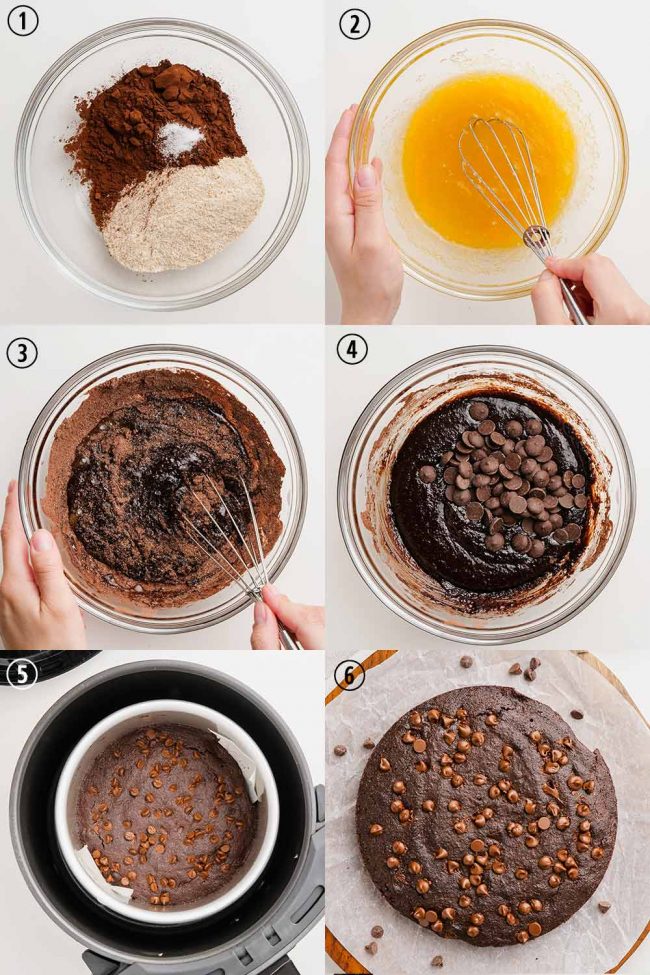 I used a 6” circular cake pan with parchment paper. It fits perfectly in the air fryer and keeps things simple.

You can use something else with an area of 28sq inches (177 sq cm). But if it’s larger than that, you need to take the brownies out earlier. 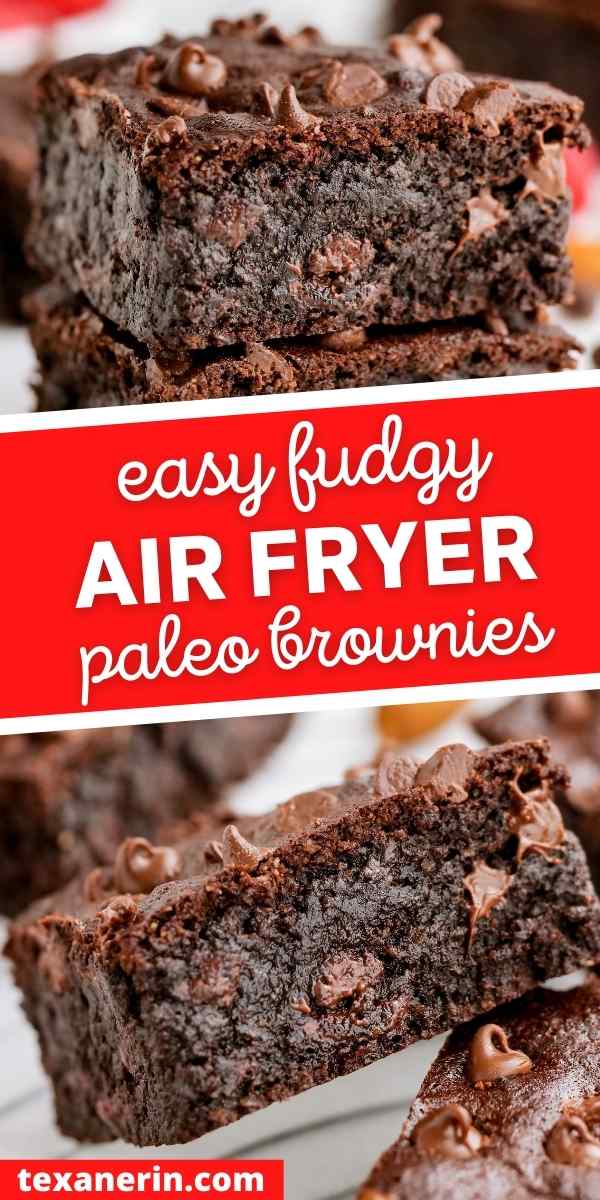 If it’s smaller than that check after 14 minutes, keep an eye on them, and bake until they’re ready.

Your other option is to use a small air fryer-safe dish or mold like a ramekin. In almost all air fryers, you can use anything made of glass, ceramic, metal or silicone.

Basically, if it can go into a regular oven, then you shouldn’t have any problems using the same in an air fryer (except aluminum foil). But definitely check your exact model! 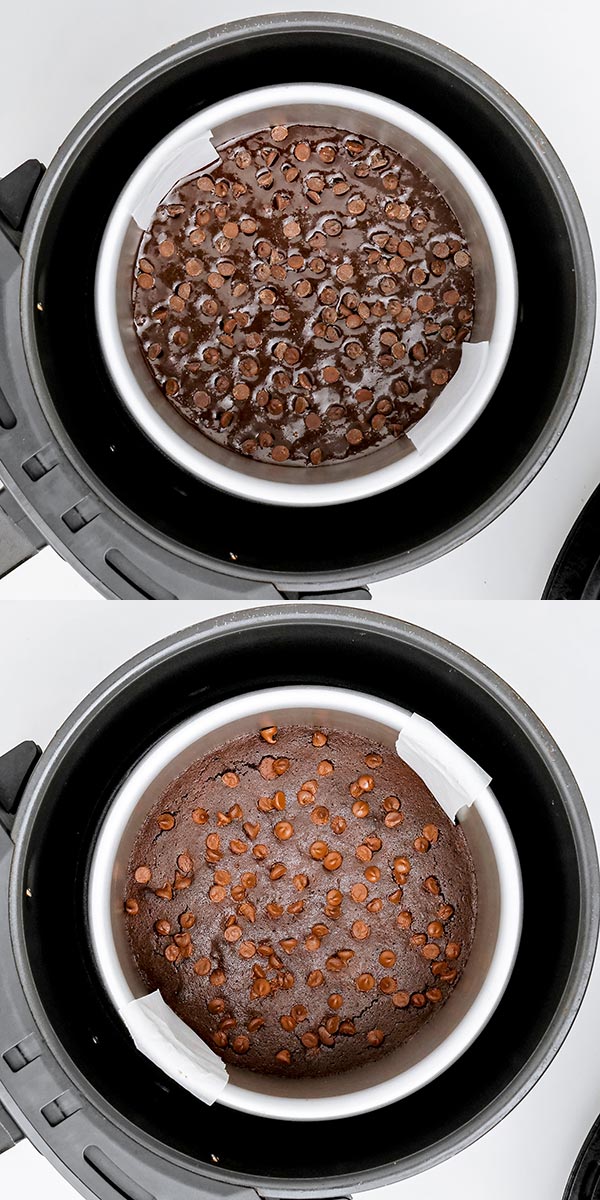 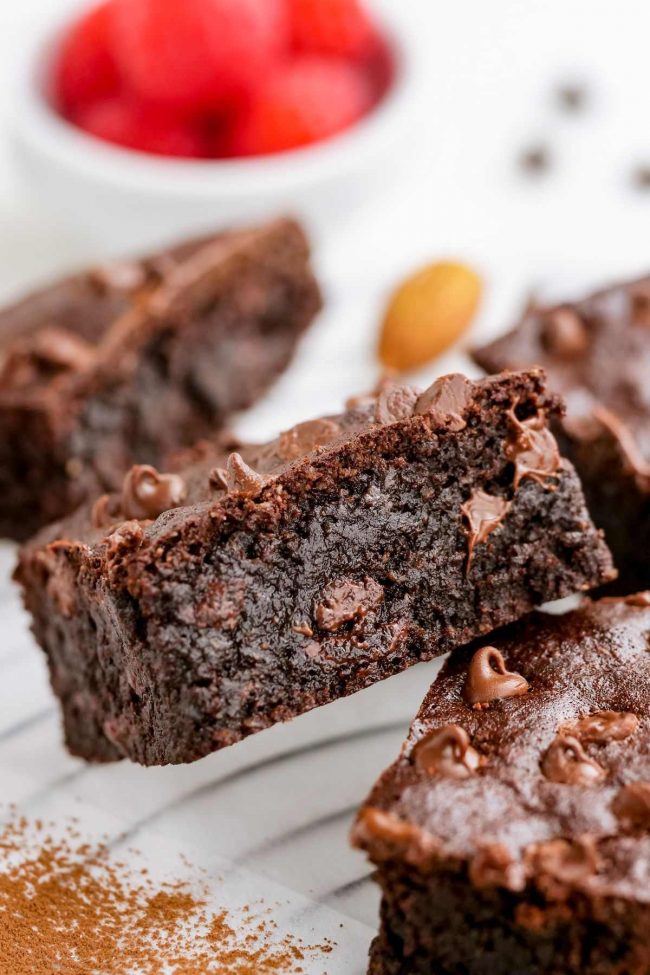 Can I make these eggless or vegan?

If you’re looking specifically for Paleo Vegan Brownies then these are the very best. I tried for 6 years to get these brownies right and finally, I arrived at the perfect texture and the gooiest and chocolatiest brownies. If you haven’t tried them yet, you should definitely give them a try.

If you’re looking for other chocolate vegan desserts (in a normal oven) then you can try out these instead: this Kladdkaka is a Swedish sticky chocolate cake that is super gooey and yummy; or this Vegan Chocolate Cake has an amazing vegan ganache; or try this Paleo Chocolate Cheesecake which is super easy and delicious. 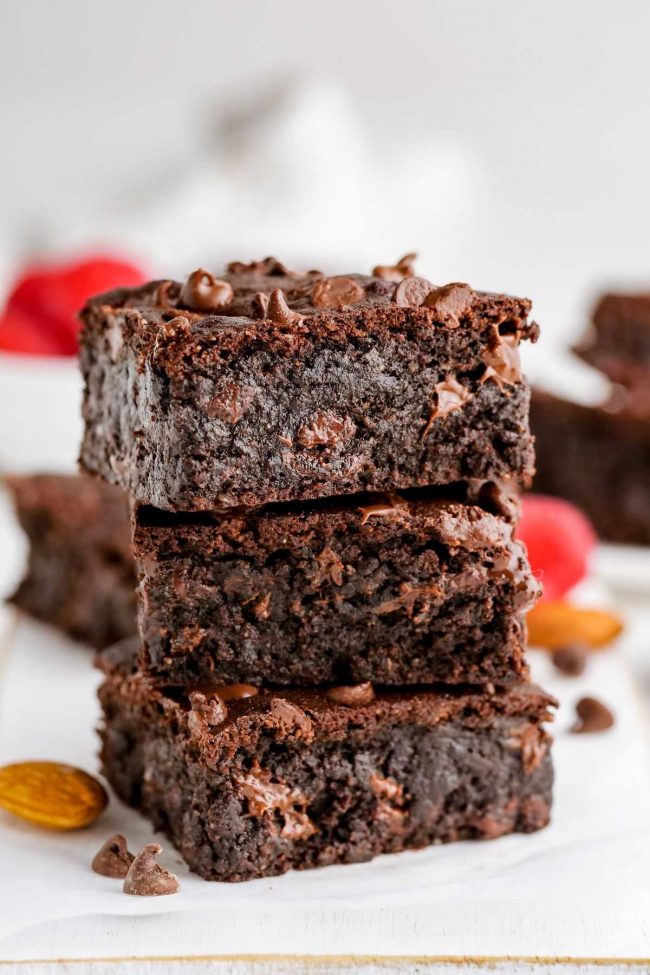 Can I make other brownie recipes in an air fryer?

If you want to do the math, you can make any brownies you want. I usually make them in an 8×8 pan, so if you make ⅓ of the batter, then you can bake most of my brownie recipes easily in the air fryer.

Check out my other brownie recipes to find the perfect ones for you. 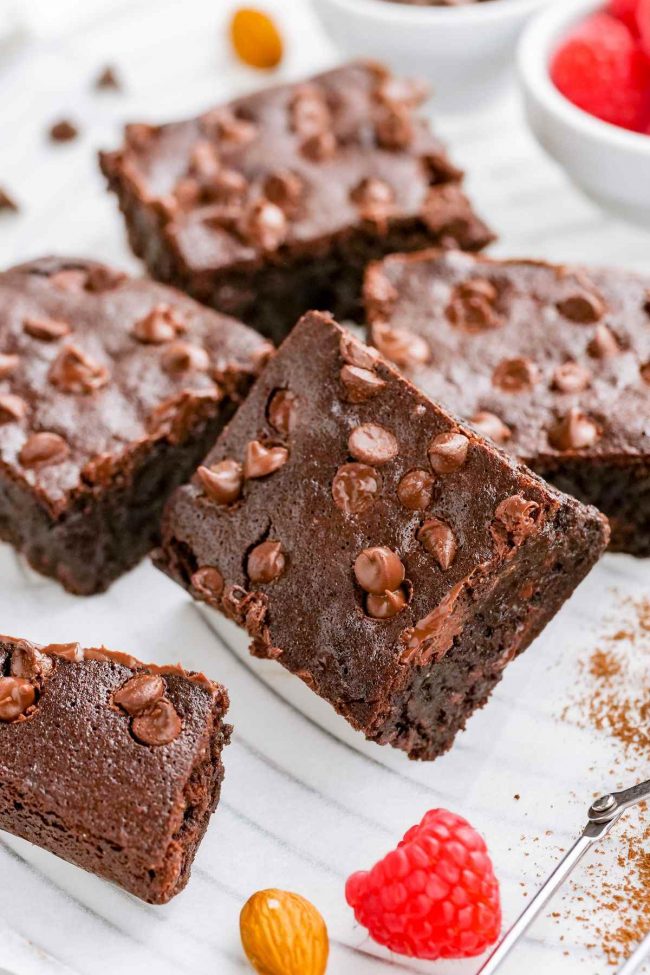 Questions about these paleo brownies:

Whether it’s sweet or savory, you’ll be sure to find something you love.

That’s it! If you try these Air Fryer Paleo Brownies, I so want to hear about it! Leave a comment or snap a pic and tag #texanerin, so I can be sure to see it! 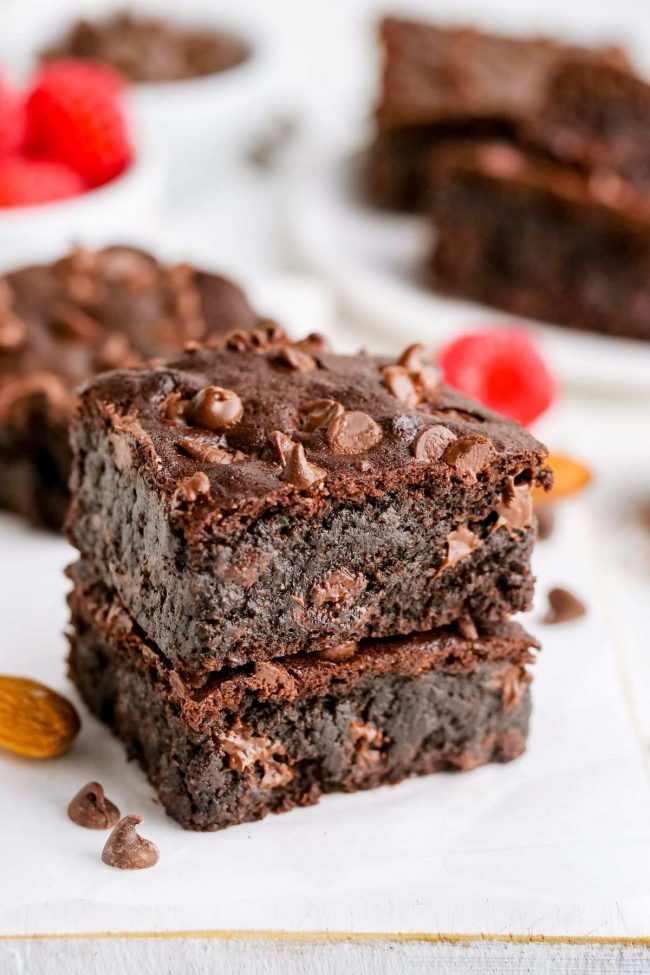