This Halloween mac and cheese is ultra creamy, made with natural ingredients and has a secret ingredient that makes it green (but you can’t taste it at all!). With a gluten-free option.

This recipe is based on my Gluten-free Mac and Cheese. If you’re not gluten-free – don’t worry! Today’s recipe just has a gluten-free option and can be made with whatever pasta you’d like. 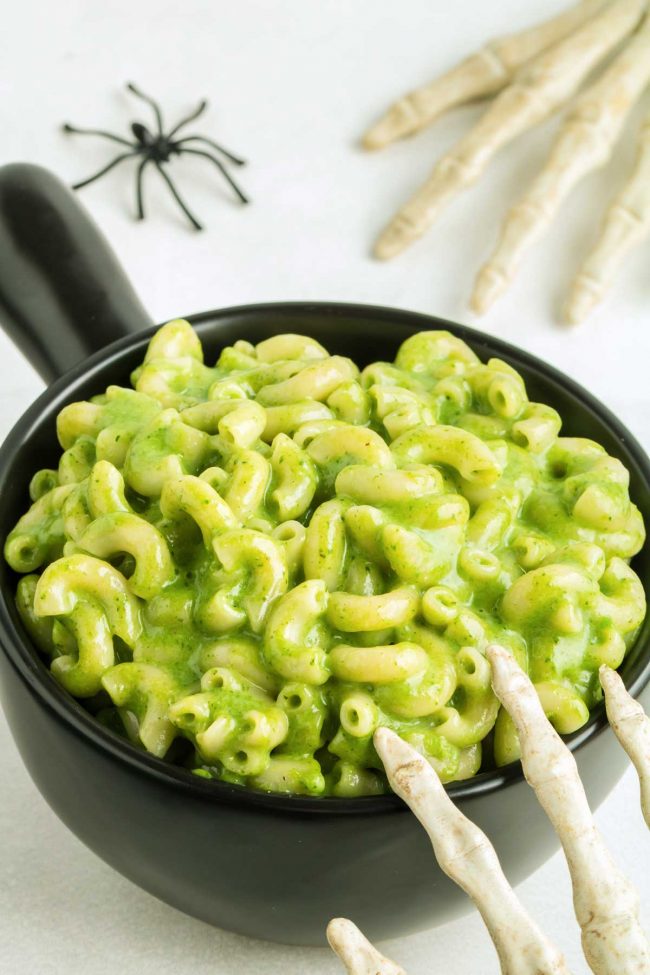 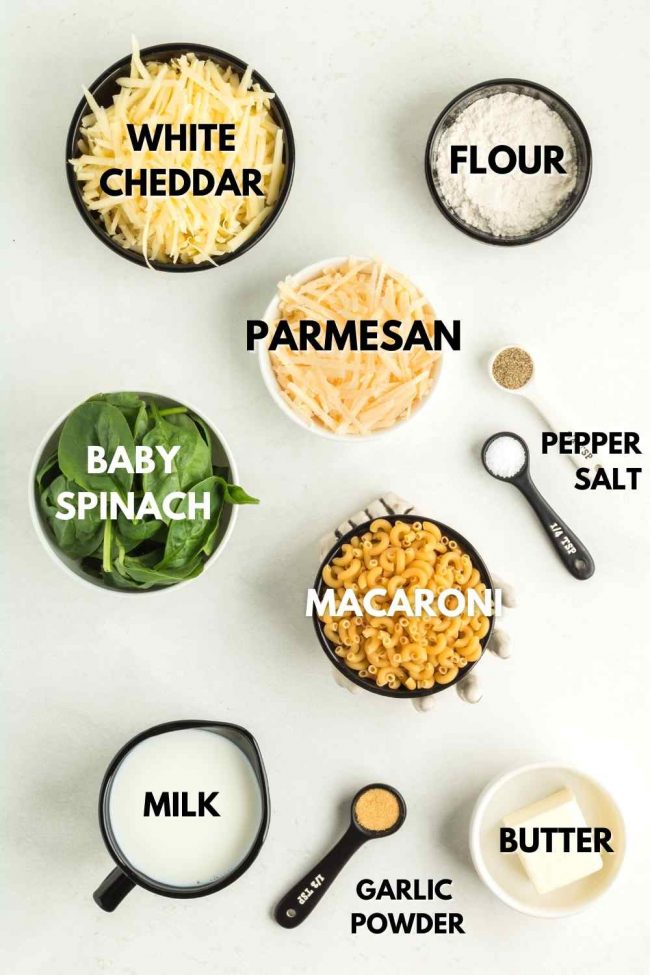 How to make this green mac and cheese

You can use a regular blender for this recipe. That’s what was used for the photos.

But if you use a high-speed blender, you can get the spinach puree 100% smooth, without any specks of spinach.

A small food processor would probably work. I say a small one because the volume of the spinach and milk, which is what you blend together, fprobably isn’t large enough to blend properly in a large food processor bowl. 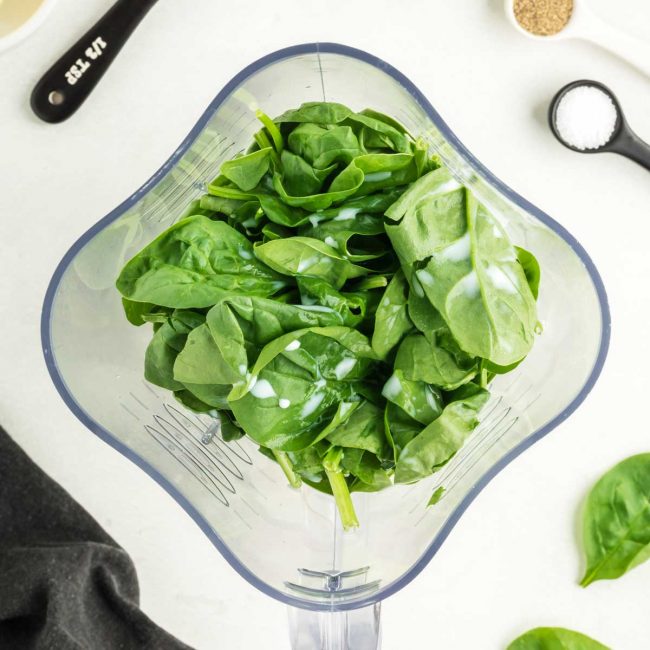 So you blend up the spinach and a part of the milk and then set that aside. 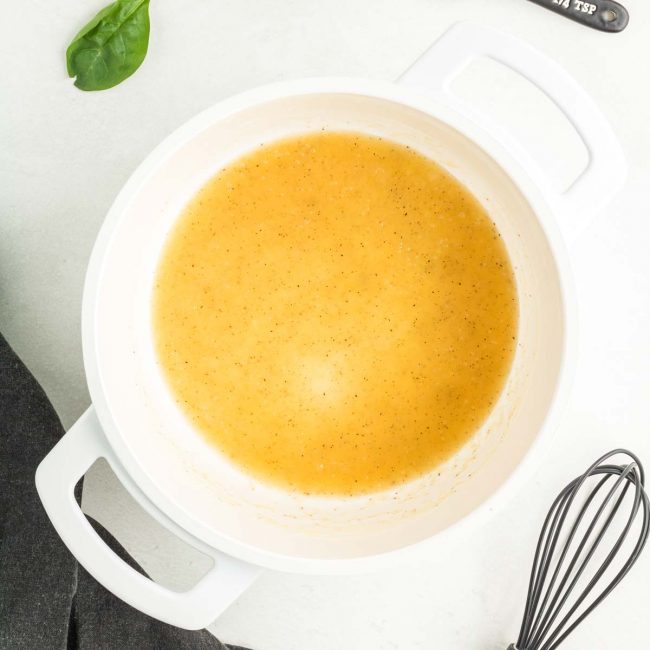 Then on the stove over medium heat, you mix together the butter, flour, granulated garlic and pepper. 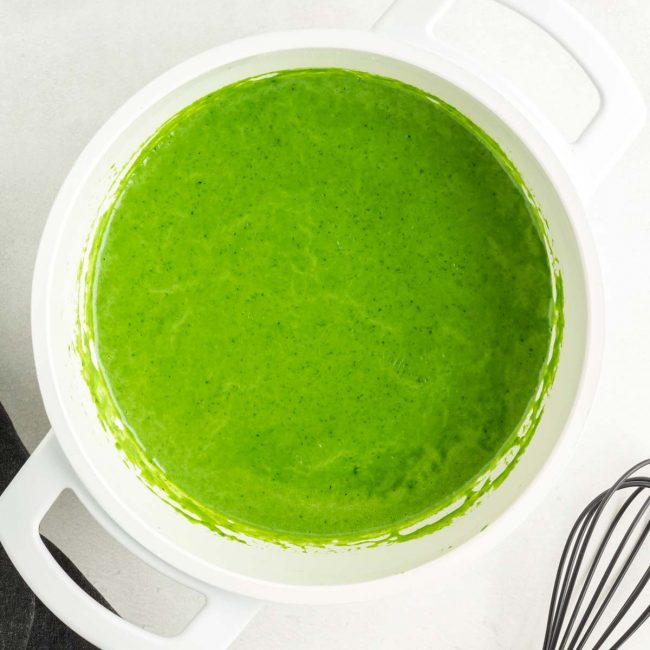 Then you add the spinach mixture. It’s a lovely bright green color! 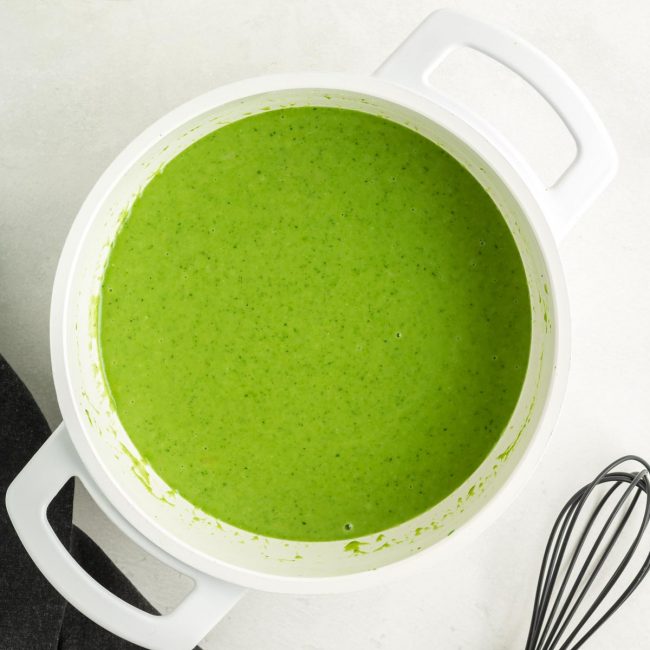 When you add the cheese, it makes it less vibrant, but it’s still nice and green. 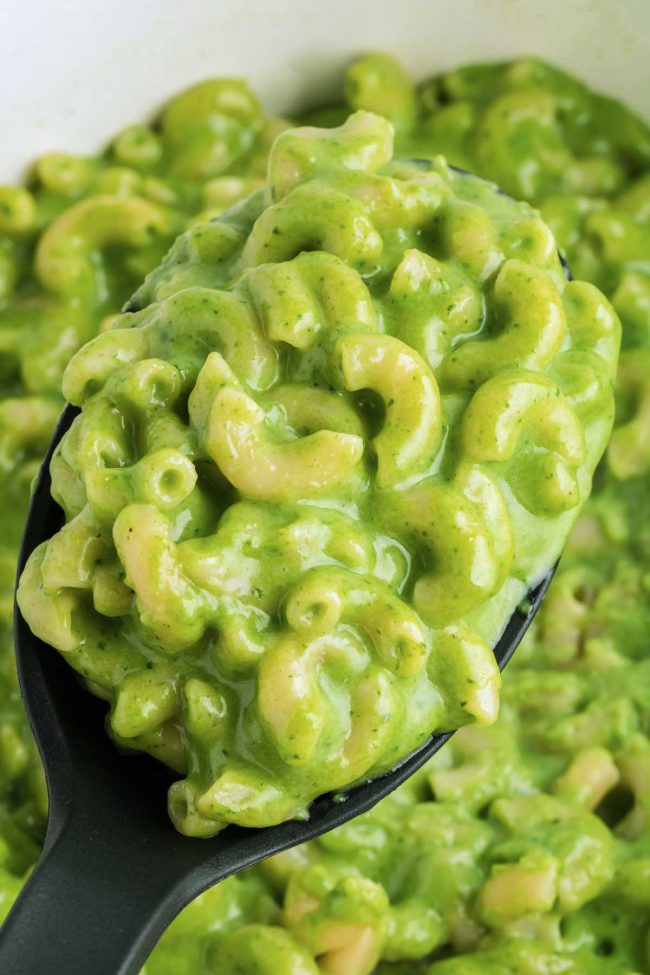 Then you add your cooked macaroni and can dig in! 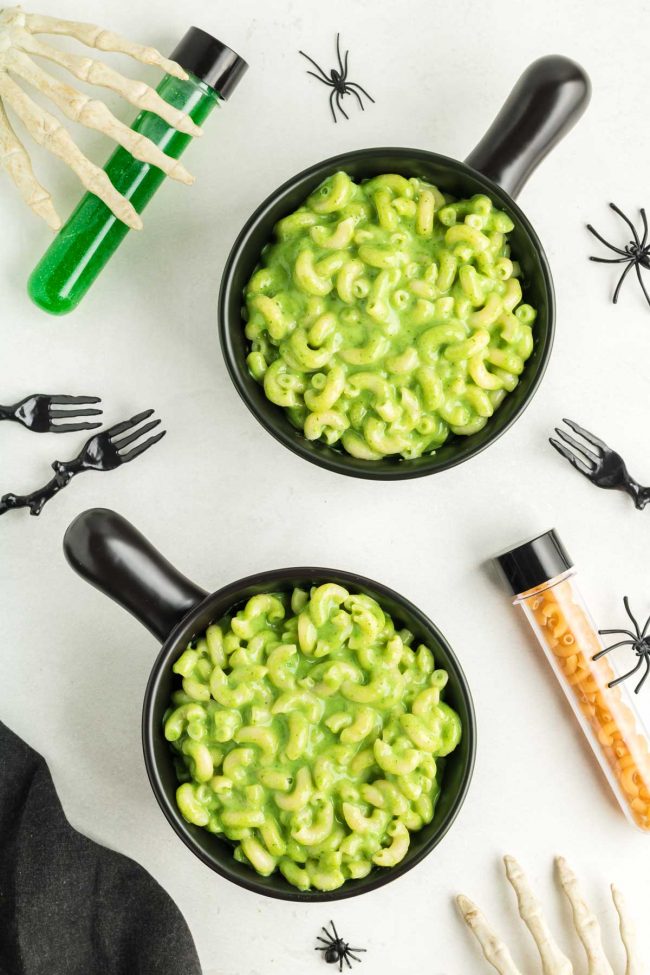 Nope! I wanted the spinach to be undetectable to the kids you’re likely serving this to. And to me. ;)

The first time I tried to turn my gluten-free mac and cheese into this Halloween mac and cheese, I followed the recipe and just added in some pureed spinach. I could taste the spinach, which I didn’t like, so I added more cheese and tripled the granulated garlic.

I added just enough extra to cover up the spinach taste, so I don’t recommend reducing either of the ingredients.

I wanted to make sure other people with different brands of cheese had the same experience, so I asked my photographer. She said:

“I couldn’t taste the spinach in the mac and cheese at all. I told my husband I was making a Halloween-themed green mac and cheese last week and he said, “Oh, that’s cool.” Then I told him it was colored with spinach, and he screwed up his nose because he has the palate of a toddler. But when I served it for dinner, I asked him if he could taste the spinach, and he said no, not at all. That it just tastes like mac and cheese. Not sure if it matters, but I used Tillamook Sharp White Cheddar and Frigo Parmesan.”

So there you have it! Approved by two adults with the palates of toddlers. I’m the other one. 🙈 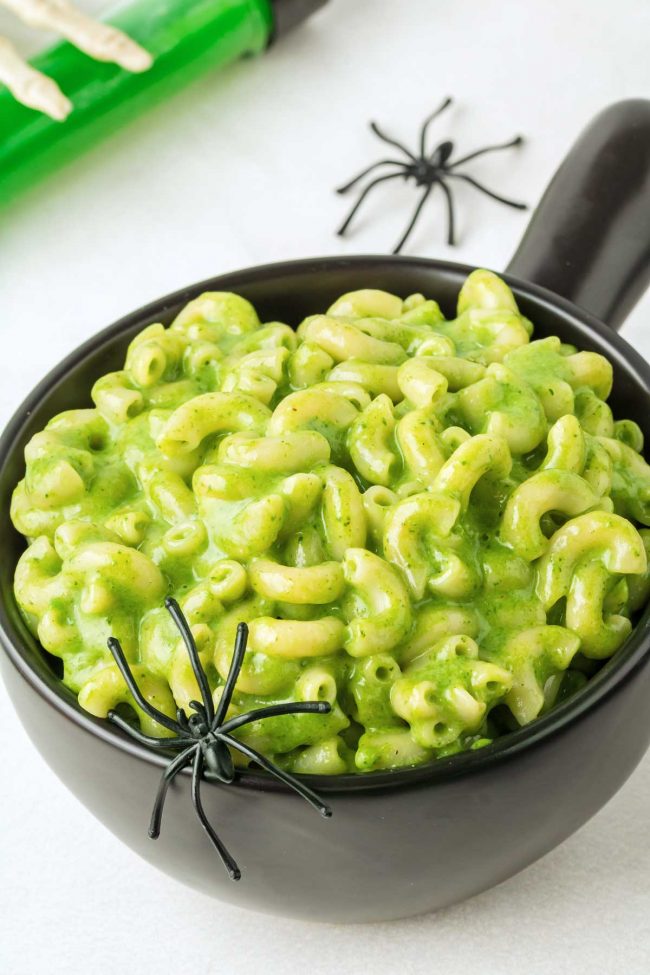 I used baby spinach because it’s sweeter and milder than regular spinach. I thought that would be preferable for a recipe in which I don’t want to taste the spinach.

Baby spinach is also more tender than regular spinach, which I also figured would be better when blending.

If you like the taste of spinach and have a high-speed blender, then I think regular spinach would be okay.

But, as always – since I haven’t tried it, I can’t say for sure.

How to reheat it

If you plan to make it in advance, it’s best to keep the macaroni and the cheese sauce separate until it’s time to serve it.

Then you can warm up both, separately, in the microwave, and then once they’re really hot, stir them together.

If you mixed everything together and have leftovers, you can just put it in the fridge and then warm it up in the microwave or stovetop. 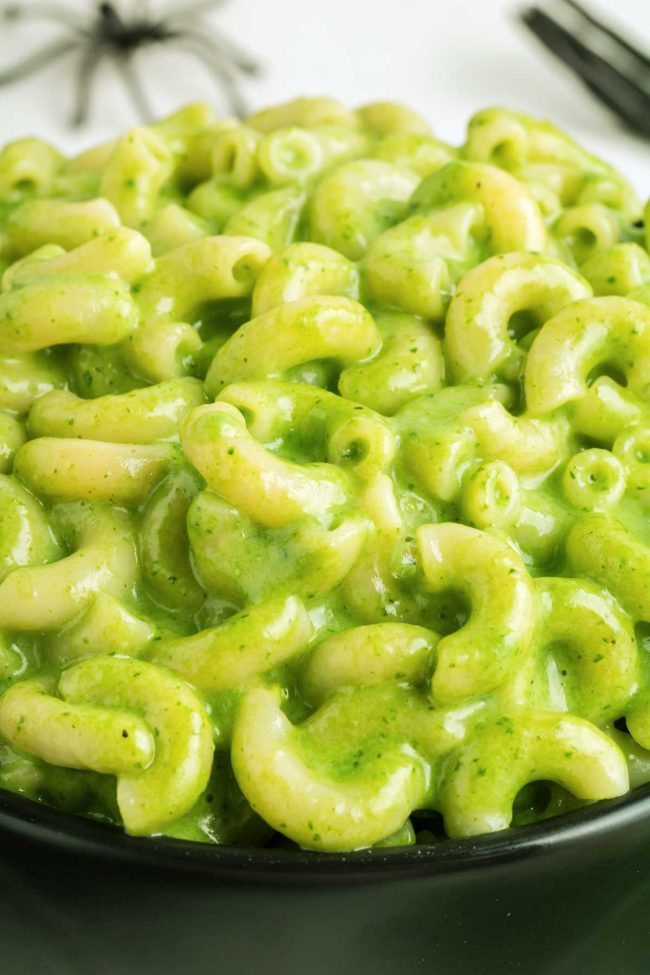 Does it freeze well?

I haven’t actually tried it with this recipe, but I have frozen mac and cheese in the past, and it’s a bit mushy and weird when thawing. So I wouldn’t do this unless the option is to freeze the mac and cheese or throw it away.

If you’re looking for Halloween treat recipes, I’ve got options!

I hope your family enjoys this Halloween mac and cheese! If you make it, please let us know what you think! And if you’re on Instagram, snap a pic and tag #texanerin so I can be sure to see it. Enjoy! 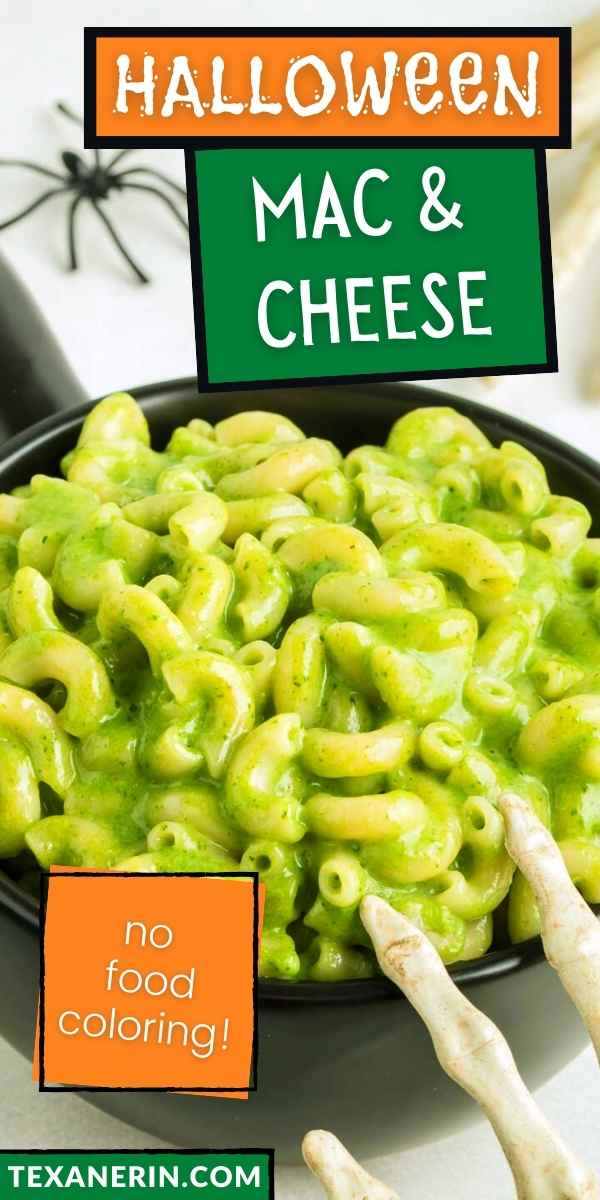