This Swedish apple pie is similar to a crisp and is naturally gluten-free, vegan, dairy-free and 100% whole grain! With a how-to video.

Last Monday, I was so excited about posting those caramel apple cheesecake bars that I forgot about my International Apple Cake Monday thing I have going on. But I’m back with this Swedish apple pie! It’s obviously not cake but it’s close enough. ;)

I Americanized this recipe by adding vanilla to the topping and some spices to the apples. Vanilla extract doesn’t seem to be a thing in Europe. Everywhere I go, I find vanilla sugar. 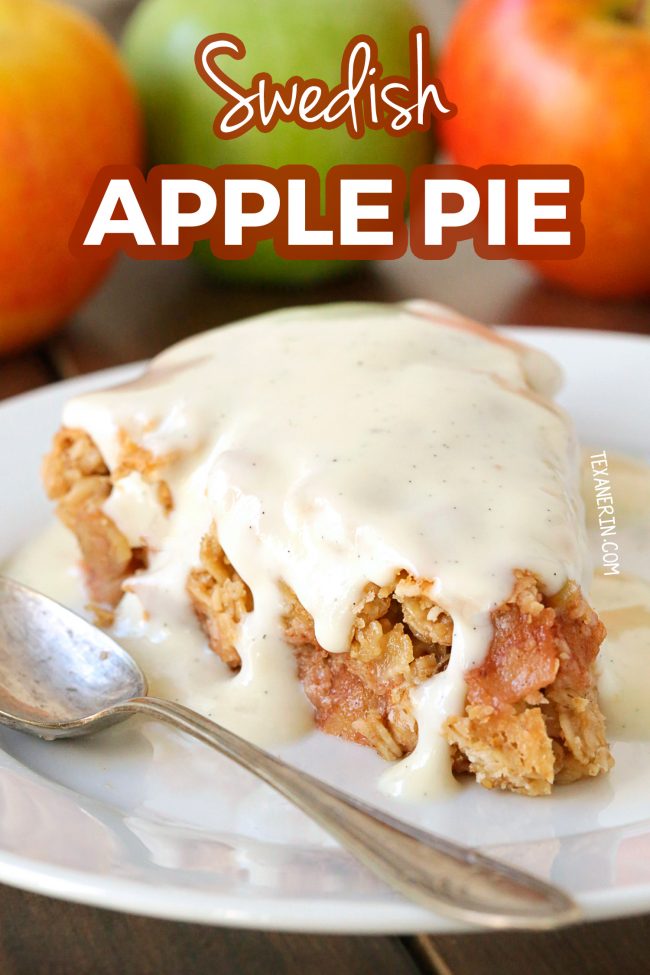 And most brands aren’t even real vanilla sugar but use synthetic vanilla flavoring! Yuck. Luckily, it’s really easy to make homemade vanilla, so that’s what I use.

Most Swedish fruit pies I’ve had didn’t have any spice but because I’m me, I added cinnamon and cardamom. Scandinavians love their cardamom and so do I! It just belongs in this pie.

I’ve mentioned this before, but I was an exchange student twice in Sweden and have gone back for lots of visits during the summer. This has resulted in me eating lots of Swedish pies. 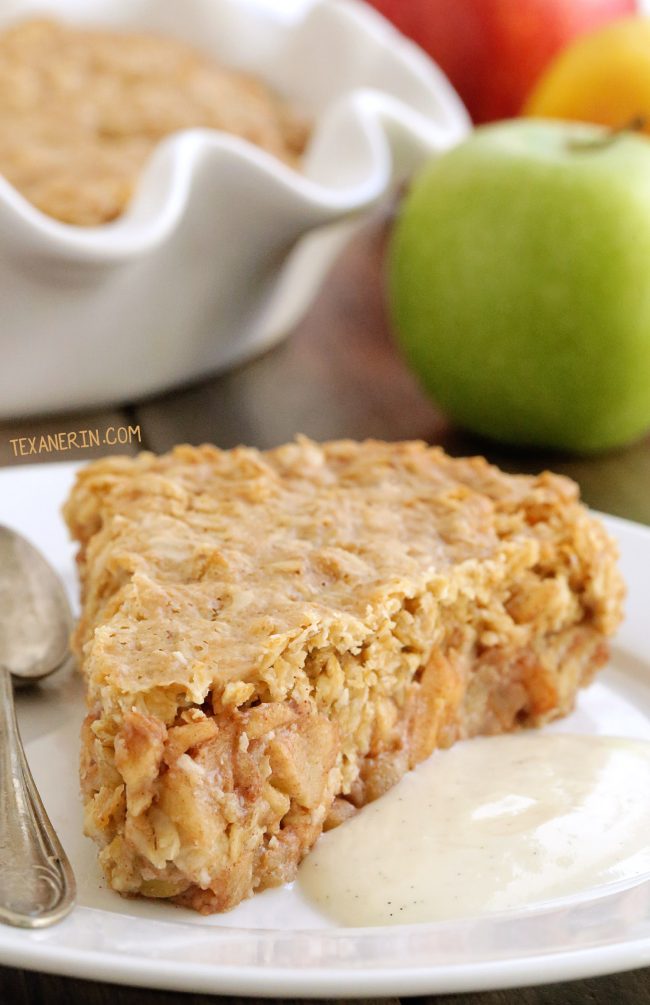 And lots of Swedish pancakes, kladdkaka (which is like a dense and fudgy brownie cake!), and pepparkakor (which are thin, crisp ginger cookies popular around Christmas!).

The type of pie here is called a smulpaj, or crumb pie and is almost like a crumble or crisp. I wanted to make today’s Swedish apple pie gluten-free, so I replaced all-purpose flour with oat flour, and although the texture is a little different, it’s no less delicious!

If apples aren’t your thing, any kind of fruit can be used, though you’ll probably want to adjust the amount of sugar and spices! Part of the beauty of this recipe is that it’s really hard to mess up. Pie crusts are kind of my nemesis so I LOVE this Swedish apple pie. :D 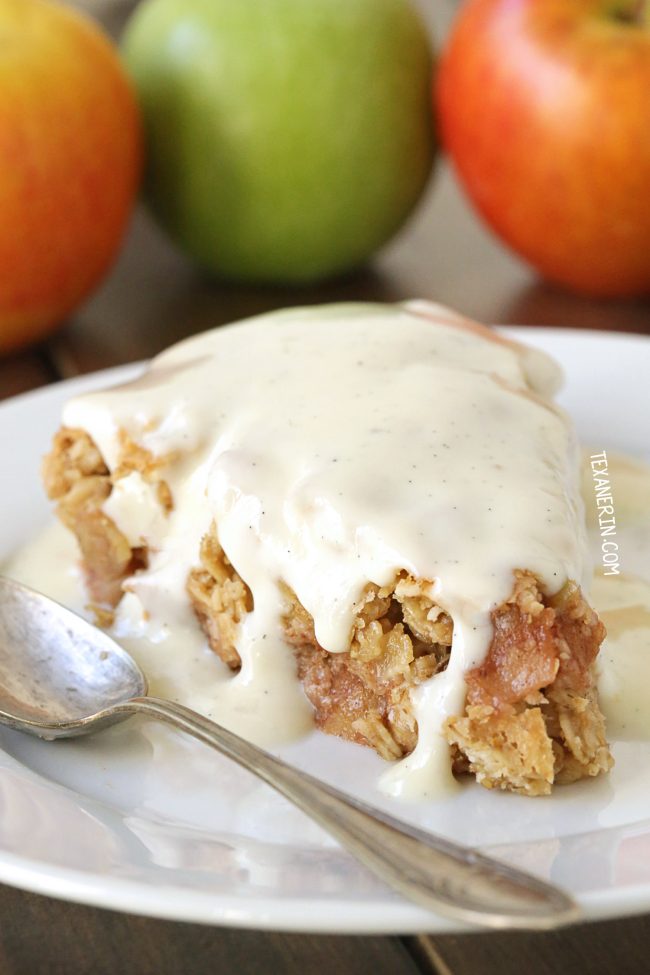 Instead of ice cream, Swedish fruit pies are usually topped with vanilla sauce (that usually comes from a box, I might add!) I included a recipe for vanilla sauce in the book that uses egg yolks and cream but because I was feeling too lazy to divide eggs and I wanted the sauce to be dairy-free, I’m sharing a different version here.

This one is easier and uses a whole egg and milk rather than cream. For a vegan alternative, use my paleo vegan vanilla sauce! I’m not including the recipe here because it’s not as straightforward as the egg version.

It’s super easy but I think the post should be read before making the sauce as it includes a lot of tips and answers to substitution questions I’m anticipating.

For the vanilla sauce: