These gluten-free chocolate cupcakes are incredibly moist and just as delicious as traditional cupcakes! With vegan and dairy-free options.

I’ve been making these amazing cupcakes for about 14 years now (although I used to make them with whole wheat). Once I tried this recipe, I had no desire to try another!

If you prefer to use a cake pan instead of making cupcakes, I posted the cake base over on Food Doodles. That healthy chocolate cake recipe also has a different + healthier frosting recipe.

These gluten-free chocolate cupcakes, if you use the same flour I did, don’t taste at all gluten-free. They’re so very moist and fudgy and sure to please even the pickiest of eaters.

You could try a different blend but I can’t say that the cupcakes would be as good or that they’d not taste gluten-free. Gluten-free flour mixes are so different!

I have tried them with buckwheat flour for a whole grain, healthier version but I thought they tasted strange. And I don’t want weird tasting cupcakes!

I do hope to post a healthier gluten-free cupcake recipe soon, though. If you want something that’s whole grain + gluten-free, check out the kladdkaka (Swedish sticky chocolate cake) recipe I posted last week.

To top these cupcakes off, I used chocolate cream cheese frosting. It’s super easy to make and seriously so delicious! And it pipes wonderfully. 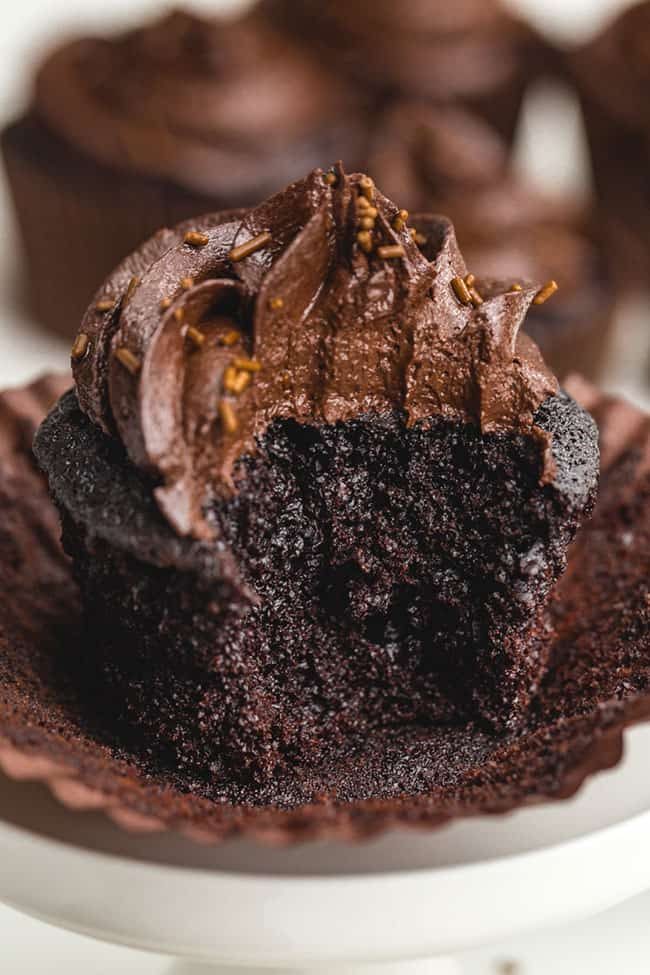 The cupcakes, without the cream cheese frosting, are dairy-free and vegan as long as you use dairy-free milk and egg replacements. I recently made them with chia eggs for the first time and was surprised that it worked so well.

There’s really no difference between the version with regular eggs and the one with chia eggs. I haven’t tried, but I imagine other egg replacers would work.

I’ve also linked to some vegan and dairy-free frostings in the recipe. One is my vegan chocolate frosting, which is almost like fudge. 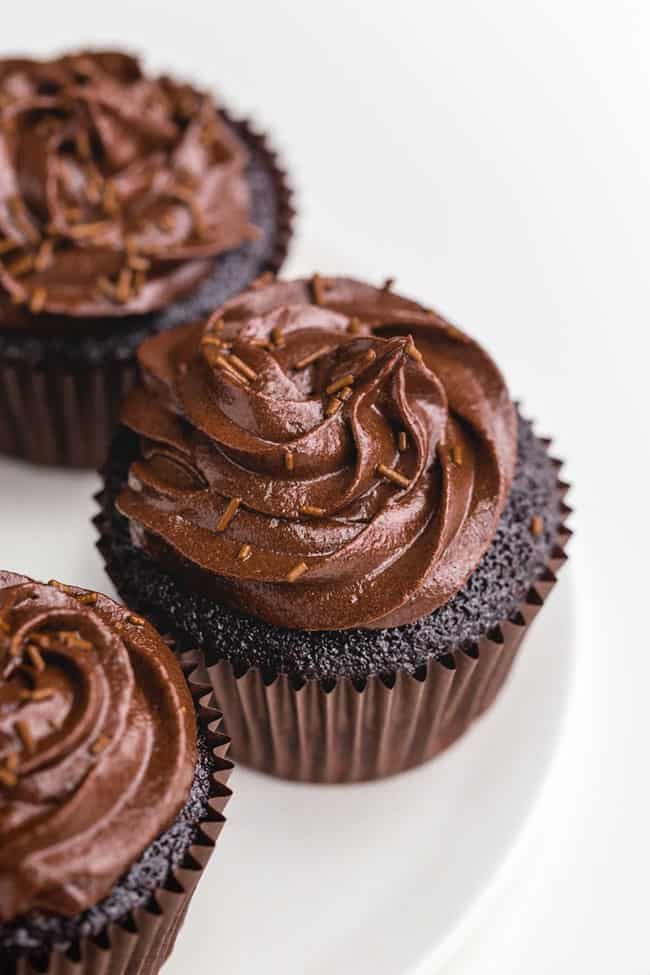 You can see what it looks like on my paleo chocolate cupcakes. It can also be piped!

But you definitely don’t want as much frosting piped on top of the cupcakes as you see in the pictures in this post. It’d be way too rich.

Another option would be this vegan chocolate frosting made with basically just chocolate and coconut milk.

I’m not including the recipes for the two vegan frostings below because it’d make the recipe super long and because I have entire posts dedicated to those recipes. There are lots of tips in there and they’re worth reading if you want to make them. :)

For the sweetener, you’ve got several options. Granulated sugar or coconut sugar or for a less sweet and non-vegan version – honey! I actually only used half the amount of honey and that version is still really tasty.

If using granulated or coconut sugar, you can still reduce the sugar a bit if you really don’t want to use the full amount. Instead of 2 cups (I know, this is crazy!), you could probably get away with 1 1/2 cups without affecting the taste + texture too much.

I think these would be great for Valentine’s Day! Just top each with a raspberry or strawberry. This paleo vegan chocolate cheesecake and this gluten-free vegan chocolate cake would also be excellent choices.

Questions about these gluten-free chocolate cupcakes? 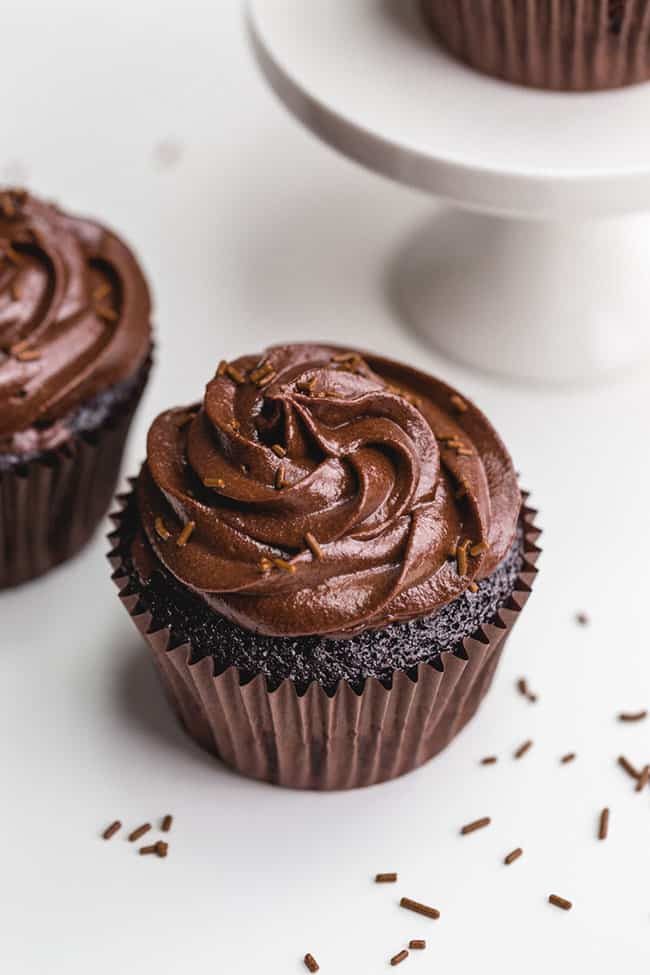 If you try out these gluten-free chocolate cupcakes, I’d love to hear what you think!

For the chocolate cream cheese frosting:

For the vegan frosting, use vegan fudge frosting or vegan chocolate frosting

To make the cupcakes:

To make the cream cheese frosting:

For the vegan versions: