These mini peanut butter cheesecakes are made a little healthier with natural peanut butter and honey and the crusts can be made gluten-free, whole wheat or with all-purpose flour!

Want a dairy-free version (with a paleo version)? Try my vegan no-bake peanut butter pies. They’re banana-based but I swear… they’re so good.

Today I’m reposting yet another old recipe. Some of you might notice that I’ve been doing that a lot lately. I don’t really have another choice as I haven’t been able to taste properly since the beginning of November. 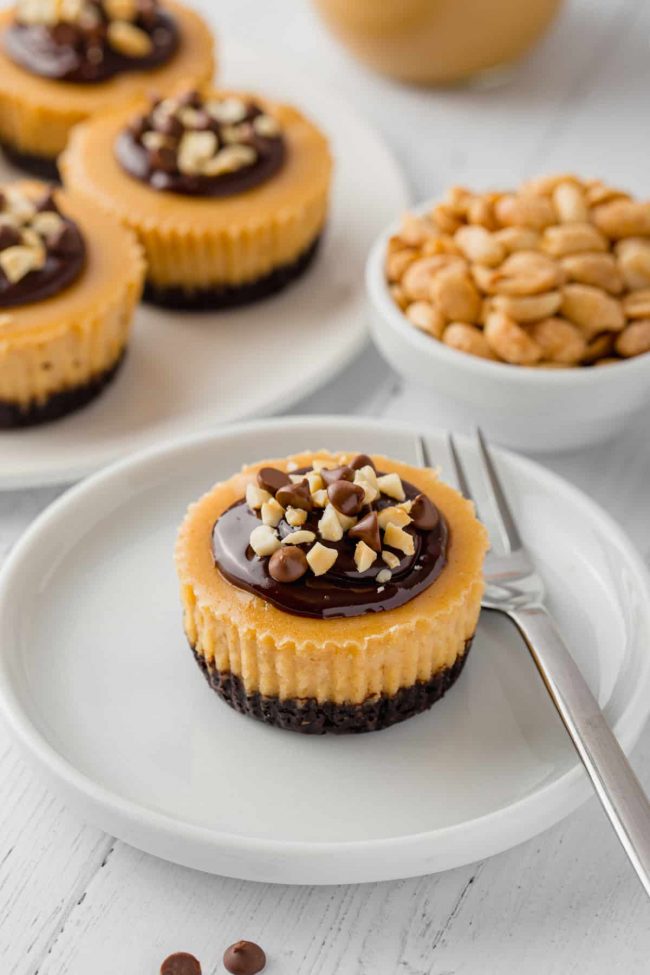 It started with a cold, then the cold went away (and more colds have come and gone), but my sense of taste still isn’t back 100%. I’d say it’s been at a constant 70% since the end of the first cold. At its worst, I could hardly taste anything so at least it improved. So yeah. I can’t test new recipes.

I have a doctor’s appointment soon but I don’t have much hope that the doctor will be able to help me. So I guess I’ll just kindly ask for your continued patience. :) 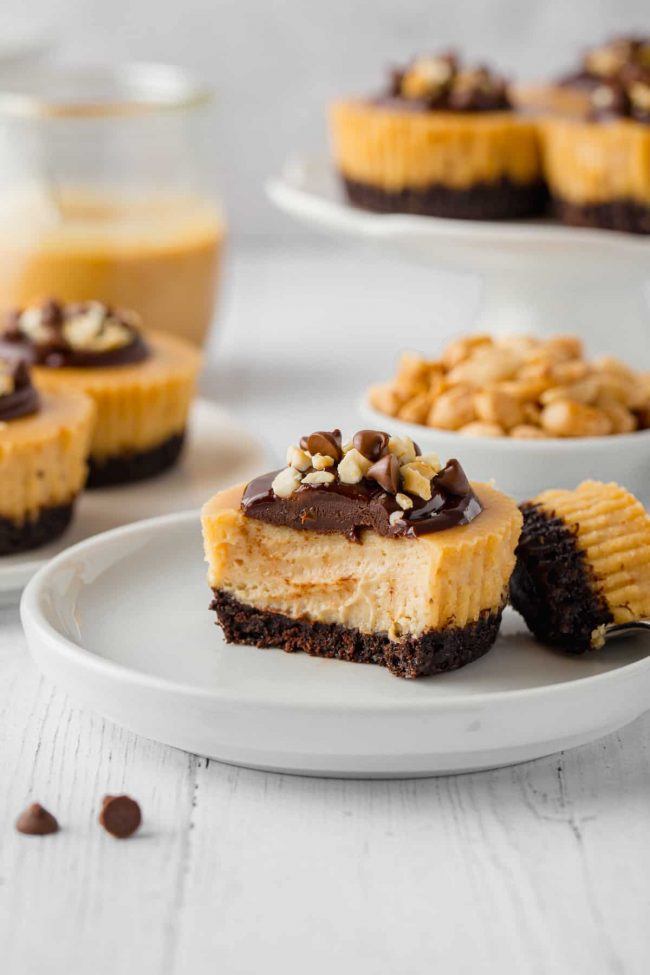 The cheesecake portion comes from my peanut butter cheesecake brownie bars. They look kind of weird but taste amazing.

I’m pretty proud of these cheesecakes (which hopefully doesn’t sound obnoxious!) as it seems like few peanut butter cheesecake recipes use natural peanut butter. At least that was true when I first made those brownie bars years ago! 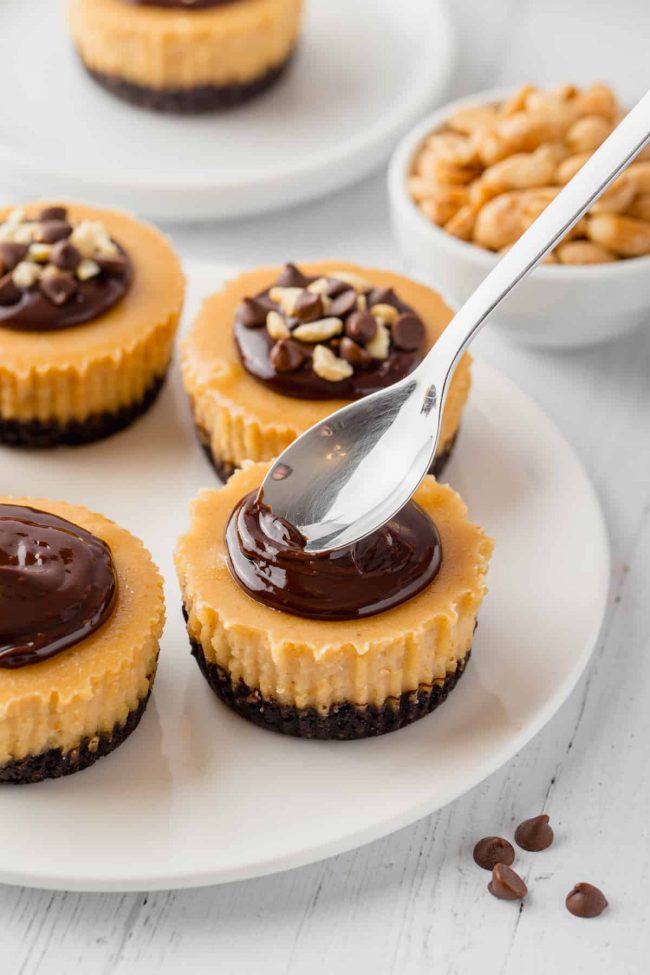 The crust is probably my favorite part. It’s like a totally homemade Oreo cookie crust. You can make it with whole wheat flour, all-purpose flour or if you want a gluten-free version – buckwheat flour!

If you make the cheesecakes with buckwheat, then they’re also 100% whole grain. 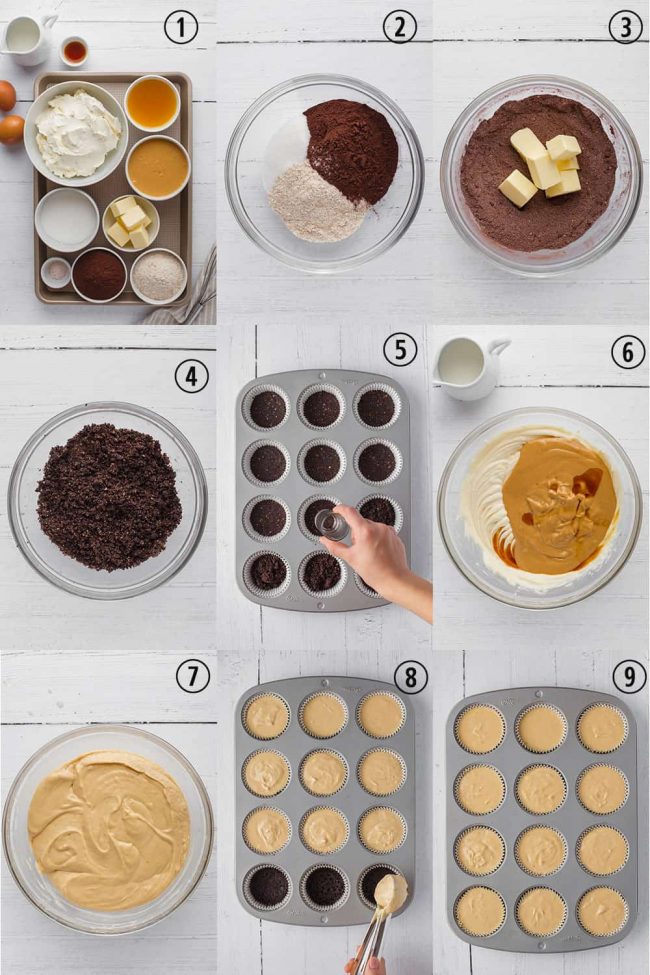 I dare say that this homemade Oreo cookie crust is even quicker and easier than crushing store-bought cookies and adding butter and sugar. And even better, there’s no food processor bowl to clean! I hate cleaning that thing.

It’s the same crust I used in these mini Irish cream cheesecakes. I was so in love with them that I made these mini peanut butter cheesecakes and three other kinds of cheesecake on the same night. 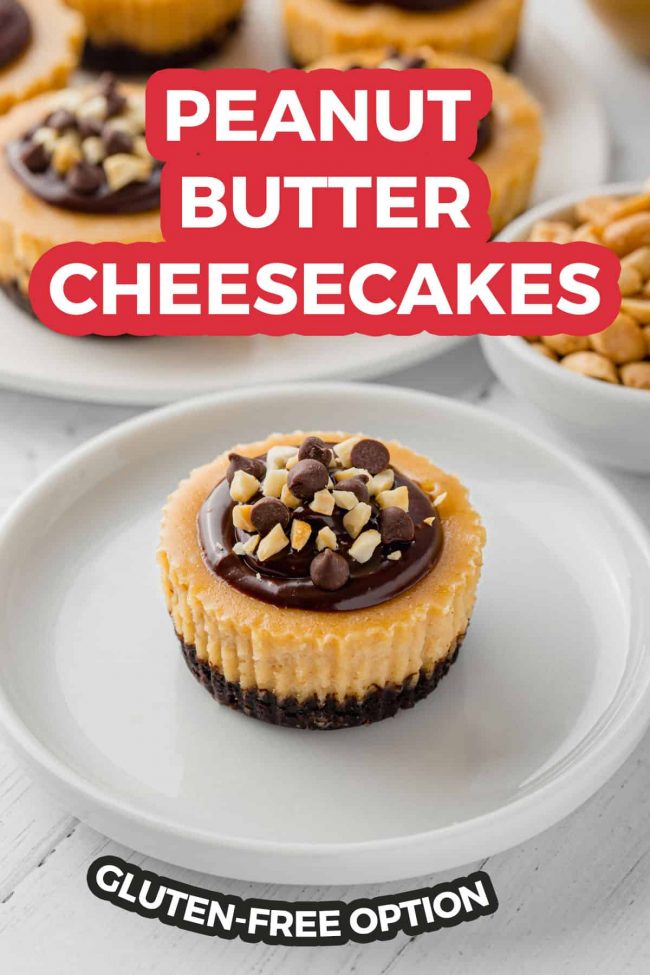 If you try out these mini peanut butter cheesecakes, I’d love to hear how you like them!

For the chocolate topping: