This vegan fudge is super creamy, easy to make and stays solid at room temperature! It really tastes like traditional fudge and can also be made paleo.

There are a few 2-ingredient vegan fudge recipes out there and I’ve tried them. They’re yummy but not what I would call fudge.

While this recipe has more than two ingredients, it’s still incredibly easy. And definitely worth the extra 2 minutes it takes to prepare!

You probably even already have the ingredients in your pantry. You just need chocolate, coconut milk, nut or seed butter, a tiny bit of maple syrup, vanilla and salt.

A lot of paleo and vegan candy recipes, like my peanut butter chocolate fudge or peanut butter and jelly fudge, melt at room temperature. It can be a little annoying if you want to bring them on-the-go with you. But today’s recipe stays firm!

That’s because this fudge recipe is coconut oil-free. It’s firm just like traditional fudge is at room temperature.

And because it’s coconut oil-free, there’s no coconut taste. I usually recommend refined coconut oil in my coconut oil recipes (like in 180 out of 185 of them ;)) but I know a lot of people prefer to use unrefined.

So yay – no coconut flavor in this recipe! The small amount of coconut milk isn’t enough to turn the fudge coconutty.

If you don’t care about it being solid at room temp, check out my paleo fudge, which is also vegan and only uses a few ingredients. You don’t even need to turn on the stove to melt anything and it’s 100% maple-sweetened. 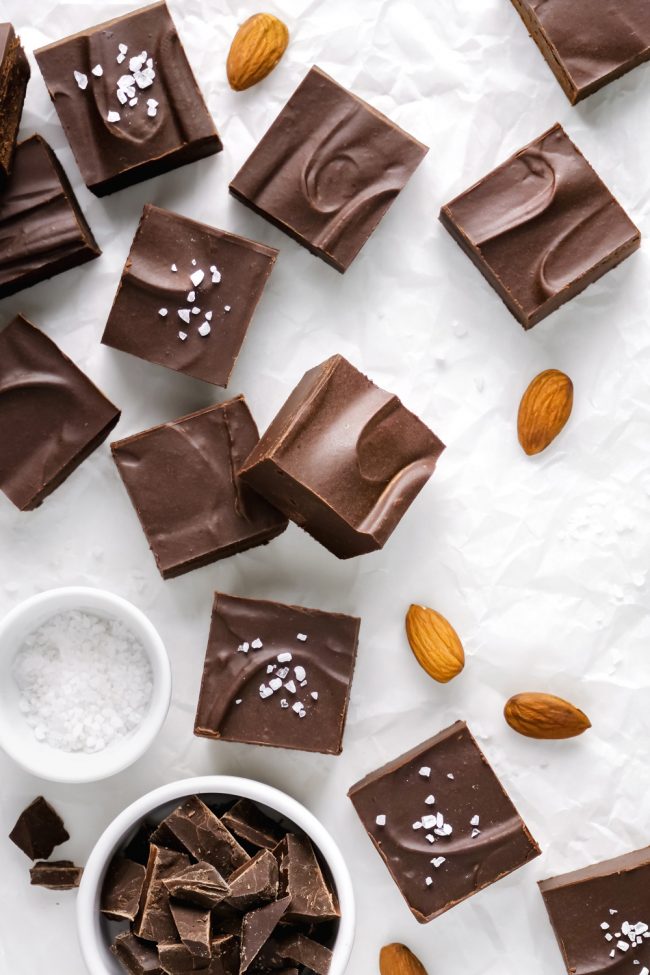 You should still keep it refrigerated because of the nut butter and coconut milk, though. It’s totally fine to keep out at a party or bring on a road trip but it’s safer to refrigerate after maybe no more than 12 hours.

If you try out this chocolate fudge, I’d love to hear how you like it! 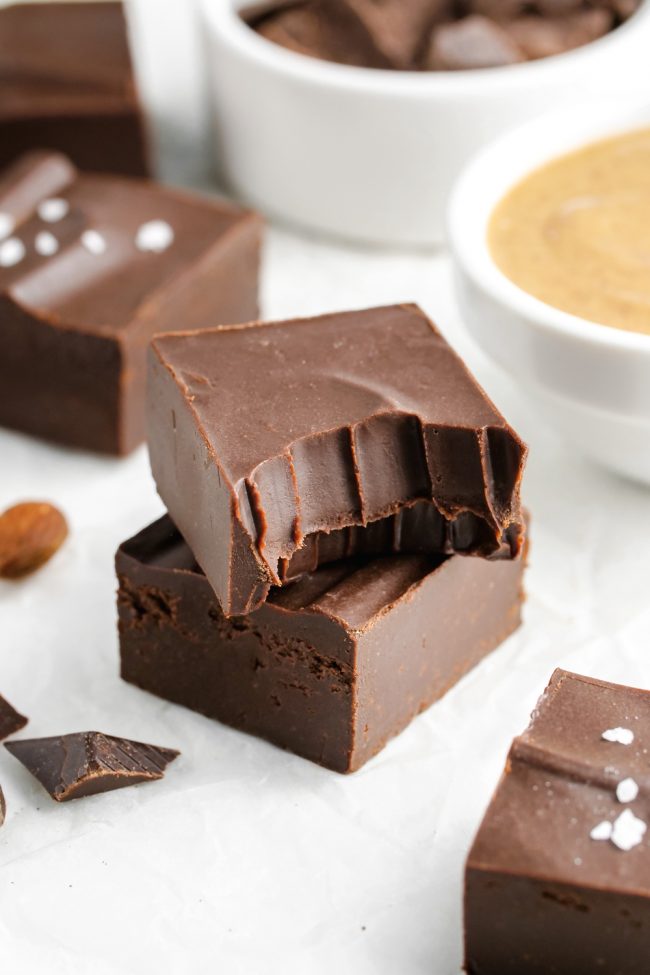 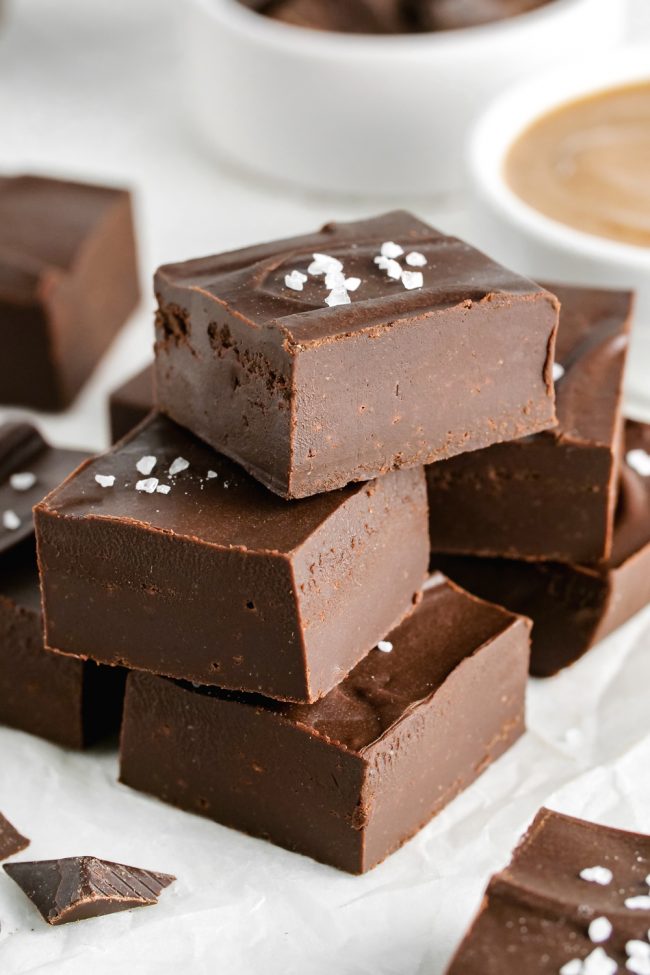