These oat flour brownies taste like traditional fudge brownies but are made with oat flour! They’re simple to make, and they come out dense, fudgy and super chocolaty. They’re also naturally gluten-free and dairy-free!

The brownies in the photos have been refrigerated, and that’s why they look so firm and fudgy. If you leave them at room temperature, they’re gooey. I love them both ways!

I based this oat flour brownie recipe on my favorite Gluten-free Brownies, because I’ve never had better brownies so I figure, why change things up? The reviews of these brownies have been great, and they’re my go-to brownie for all occasions, but I wanted to try them with oat flour.

These oat flour brownies are naturally gluten-free, but be sure to use certified gluten-free oat flour if you’re sensitive to gluten. The reason is that oats, which don’t contain gluten, can be cross-contaminated with other gluten-containing products – either in the field or during manufacturing. For more on this, read this post on Are Oats Gluten-free?

With this brownie recipe, you don’t need multiple flours or even a gluten-free baking mix, and you probably already have all the ingredients in your pantry, except maybe refined coconut oil, but that is easy enough to find. And believe me, they won’t taste coconut-y at all.

I do not recommend using homemade oat flour in these brownies. I tried, but I successful as you can read below. If you don’t want to use oat flour but need some gluten-free brownies, I have several options linked to below.

Once you have the oat flour, there are other tasty treats to make like this Gluten-free Apple Crisp or these Banana Pancakes.

So without carrying on, let’s bake some brownies! 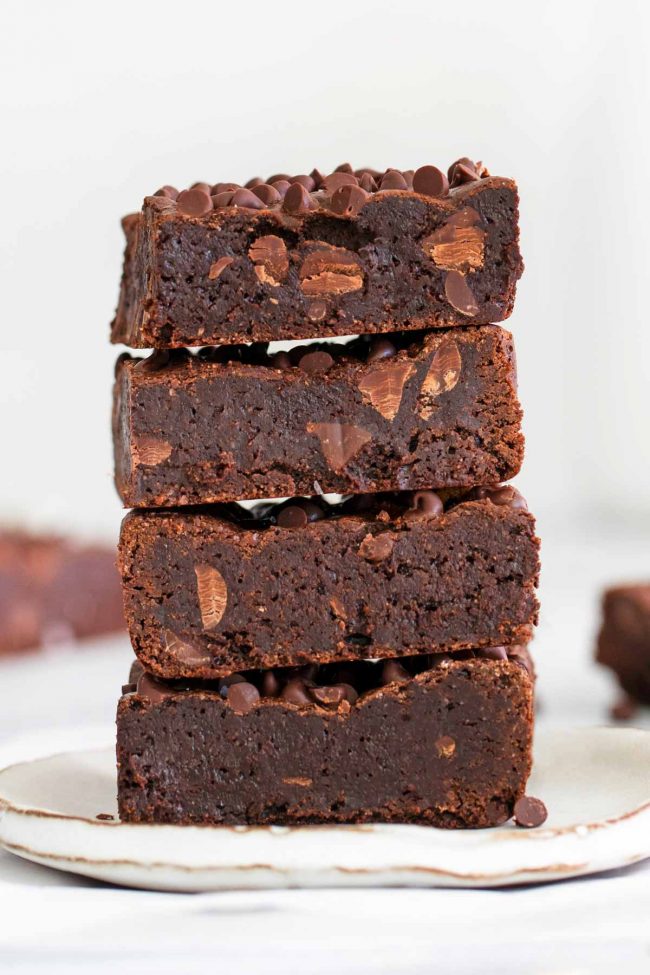 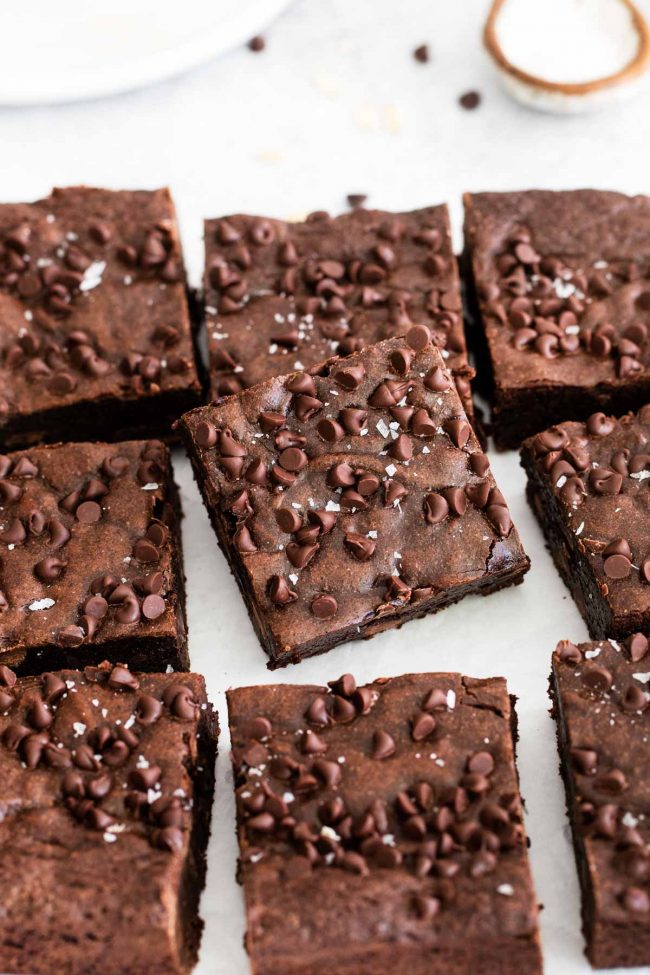 How to store and freeze

Store leftover brownies in an airtight container in the fridge for up to 5 days.

You can also freeze them in a freezer-safe bag or container for up to 3 months.

The one from Gold Medal Flour is also labeled as gluten-free.

Brands can vary quite a bit, but for brownies, I think any brand that appears finely ground should work.

Can I use homemade oat flour?

There’s a big difference in the results when making these brownies with store-bought oat flour versus homemade oat flour.

I made homemade oat flour with my Blendtec. It’s a super powerful machine, but it still wasn’t nearly as fine as store-bought. So it didn’t absorb the liquid ingredients properly, and the result was greasy brownies.

So unless you can get your homemade oat flour as super fine as that of store-bought, I wouldn’t recommend using it in these brownies. If you try it and it works, great! If not, I really don’t want to say I told you so. ;)

You could try making your own oat flour and then sifting out the larger pieces with a sieve. That might make all the difference! 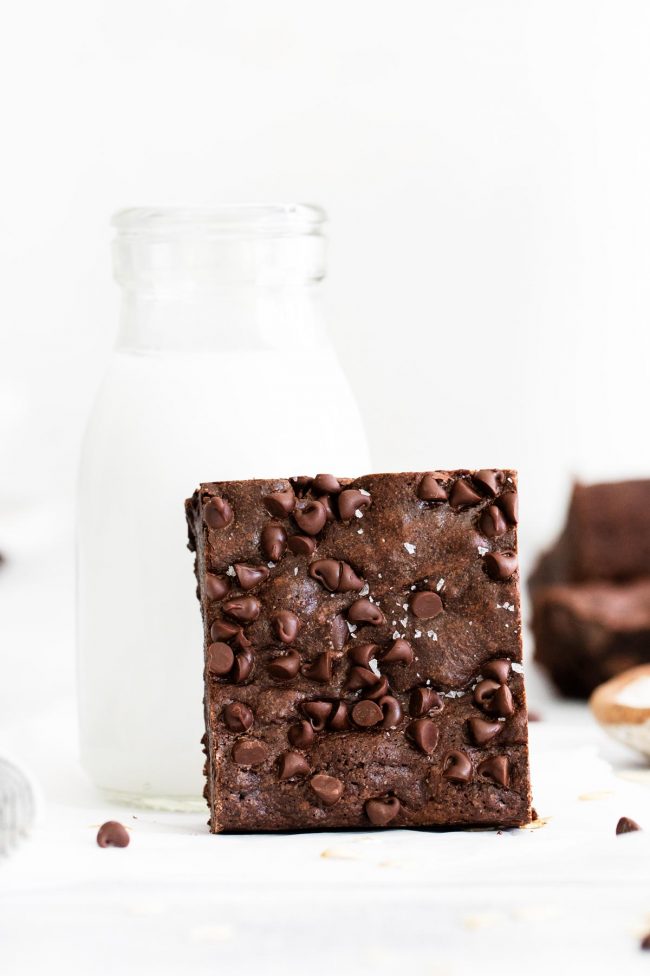 Can I use different flour?

I can’t recommend making substitutions to this recipe, but I have other healthy brownies if you need to use different ingredients. 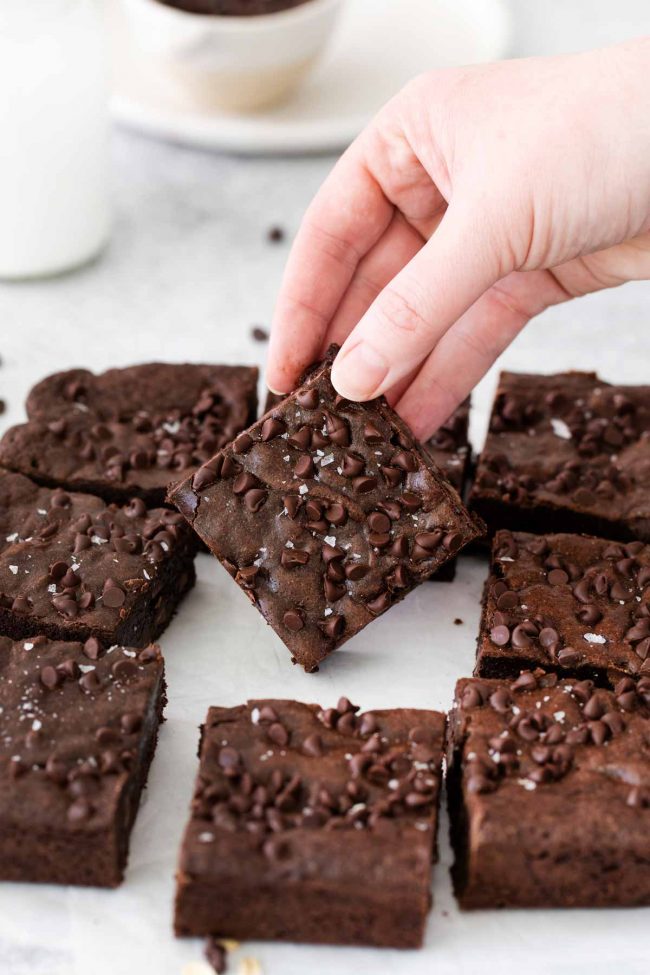 Can I use butter instead of coconut oil?

Can I make these oat flour brownies vegan?

Unfortunately, not with this recipe. I’ve tried chia eggs multiple times in my original brownie recipe, and they don’t work without a ton of modifications.

But if you’d like some paleo vegan brownies, I would make the ones listed above!

Do I have to use Dutch-process cocoa powder?

No, but they might not be as chocolaty and could turn out cakey. Some readers have used regular cocoa in the original recipe with success, but I can’t say for sure it’d work here. If you try it out and they aren’t as moist and chocolaty as I’ve described, then next time just follow the recipe. ;) 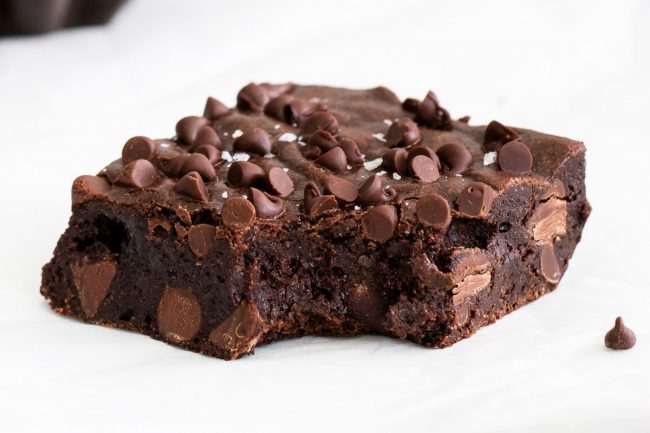 Can I use a different sweetener?

Again, I’m recommending going with the recipe as written. :)

You can’t use a liquid sweetener, for example, because there isn’t any liquid to reduce to make up for adding liquid. That would make cakey or possibly a liquidy mess.

Other granulated sweeteners might work, but I can’t verify that.

Do I have to use chocolate chips?

Nope! These brownies are certainly sweet enough without them. I like my brownies super chocolaty, so I add them in and sprinkle them on top.

You could alternatively try this Paleo Chocolate Fudge Frosting. 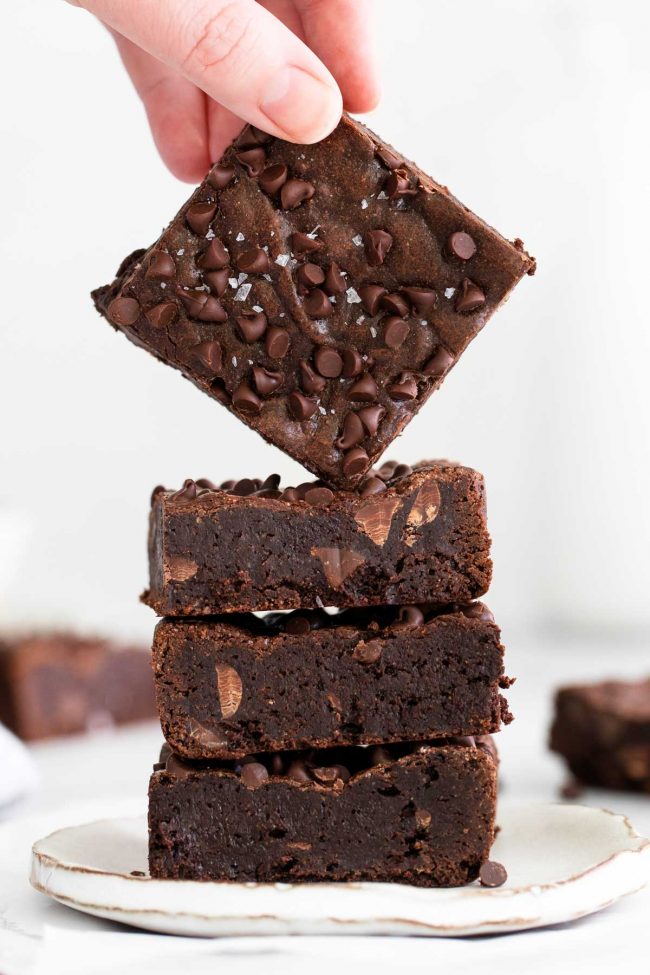 Can I double the recipe?

You surprisingly don’t need much longer in the oven. So start checking at 16 minutes.

We’ve got you covered on desserts for specific dietary needs! We’ve got gluten-free recipes, paleo recipes, and gluten-free vegan recipes to name a few.

Here are some of our favorite gluten-free desserts.

I hope you try these Oat Flour Brownies! If you do, give us a shoutout on social media and tag @texanerin and #texanerinbaking so we can see your creations. We’d also love for you to leave a comment below and let us know what you think! 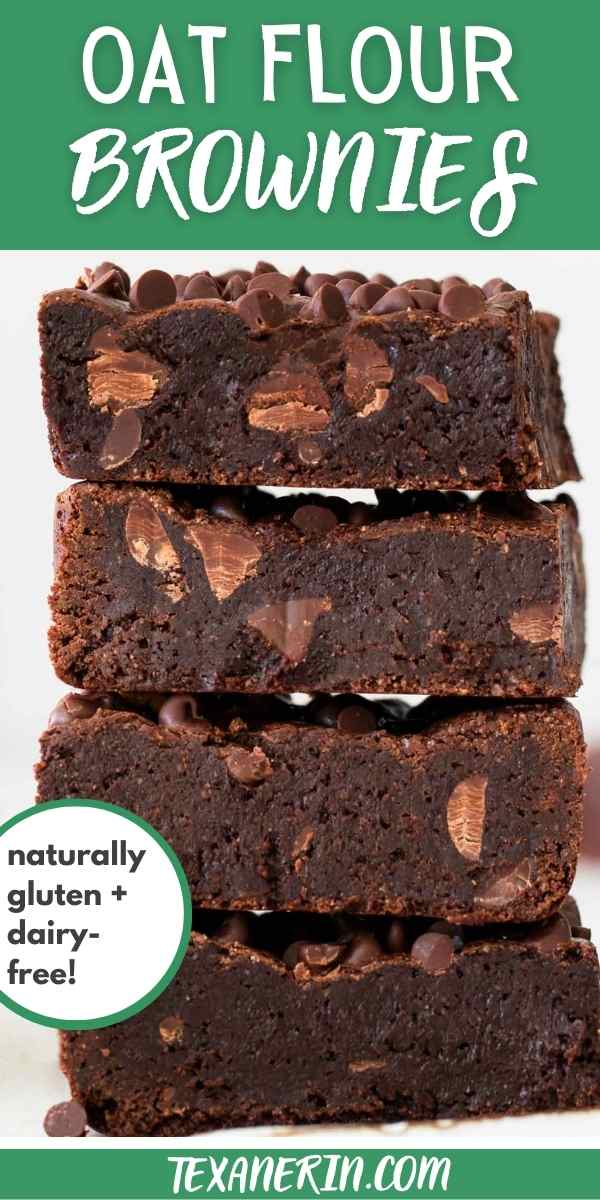